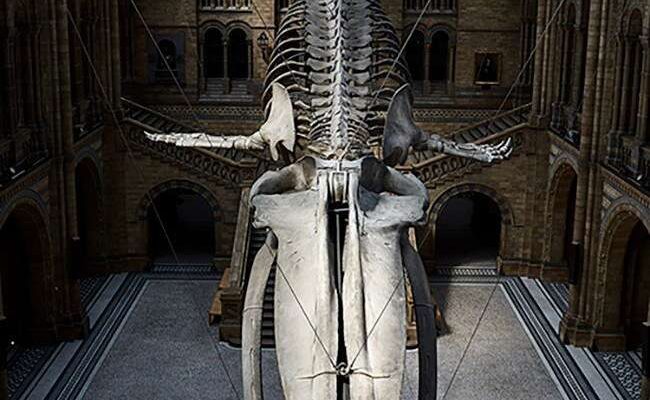 The skull of Hope, the blue whale that hangs in the Museum's Hintze Hall, was sampled for this study. This image, taken during the Museum's closure due to the COVID-19 pandemic will feature on the cover of Science on October 28. Credit: Trustees of the Natural History Museum

A groundbreaking new research project has analyzed the evolution of the placental mammal skull using 3D scans of 322 specimens housed in more than 20 international museum collections, and crafted a new model of how mammals diversified based on emerging patterns.

By gathering data on the skulls of all major groups of placental mammals, both extinct and extant, the team of researchers led by Prof. Anjali Goswami at the Natural History Museum, have gained a unique look across time and taxa to trace the adaptive radiation (rapid evolution which fills a variety of ecological niches) of mammals and decipher what drove their incredible rise in the wake of the dinosaur extinction.

Prof. Goswami says, “This research will transform how we understand the incredible radiation of placental mammals, a group that includes our own species, and how that critical period after the last mass extinction 66 million years ago has shaped over evolution ever since.”

The arrival of the Age of Mammals

Although the earliest mammals existed alongside dinosaurs, they were relatively constrained in their diversity, with the largest mammals of the Mesozoic Era growing to be the size of a small dog. However, immediately after the extinction of the dinosaurs there is an incredible explosion of diversity among placental mammals with the earliest ancestors of today’s living groups appearing in the fossil record within a few 100,000 years of this event.

However, this new study shows that after the initial burst of mammal diversification, the pace of evolution quickly slows down. Later bursts of faster evolution do occur, but their impacts get smaller and smaller through time, and never match the speed of that first peak. While uncertainty in the exact timing of these later bursts makes it is difficult to attribute them to specific events, they are likely caused by periods of rapid or sustained climate change and the global cooling through the Cenozoic era.

The study also shows remarkable similarities, or convergence, among placental mammals with most mammal skull shapes evolving in much the same way throughout the fossil record. The biggest exceptions are whales and rodents.

A key aim of this study is to better predict how different species may respond to rapid changes in their environment—the kind we are likely to see throughout the current planetary emergency. To do this the team investigated the characteristics of mammals that evolve fast and found the key influencers to be habitat, social behaviors, diet, parental care and time of activity.

Social structures hugely differentiate the rate which mammals evolve. Mammals which are social evolve much faster than those that are solitary. This is easily witnessed in ungulates which have evolved horns and antlers for fighting and social display. Mammals that live in aquatic environments, including whales but also manatees, seals and walruses are also fast evolvers. Herbivores also evolve faster than carnivores, probably because they track changes in plants and the environment more closely than meat eaters do.

“I conducted most of the analyses for this paper while isolating at home for several months at the start of the COVID-19 pandemic, so seeing the results of evolution in social versus solitary mammals really struck home,” adds Prof. Goswami.

Parental care also seems to be a big factor slowing down the speed of evolution. Precocial animals that require little primary care, such as horses and antelopes, evolve a lot faster than altricial mammals that are reliant on caregivers in infancy, such as primates. When animals are active also makes a difference, with species with a strict schedule, whether nocturnal or diurnal, evolving slower than animals without a fixed activity pattern.

Unexpectedly, the groups of mammals with the most species, rodents and bats, don’t appear to evolve very quickly, suggesting that diversity in shape and diversity in number aren’t closely linked in mammals.

What did the earliest placental mammals look like and why haven’t scientists found their fossils?

Using this new dataset, the team also reconstructed what the earliest placental mammals might have looked like. Despite there being many fossil mammals from the right time period, identifying fossils that represent the ancestors or early members of the placental mammal group, which would have lived in the late Cretaceous, just before the dinosaur extinction, has been a major debate among scientists.

One of the issues is that it is difficult to know what features to expect in the earliest representatives of any of the major groups of mammals, and if scientists would recognize them in the fossils that are known. The new reconstructions in this study show that the earliest members of all the major groups of placental mammals probably looked very similar to each other, regardless of whether they are the ancestor of rodents and their close relatives, or of elephants and their close relatives. This means that it may continue to be very hard to identify the earliest fossils of placental mammals, but these new reconstructions provide better understanding of the subtle differences for scientists to look for in those early fossil mammals.

Prof. Goswami explains, “Museum collections are a unique asset as they allow us to predict the future by looking into the past. Approximately one third of the samples used in this study came from the collections here at the Museum, including a beautiful 3D scan of Hope, the blue whale hanging in the Museum’s Hintze Hall. These data are invaluable in helping us understand how past events have shaped mammal evolution over the Cenozoic era, and which features will help mammals survive the environmental challenges that lie ahead.”

The study, “Attenuated evolution of mammals through the Cenozoic,” is published in the journal Science on Friday, October 28. 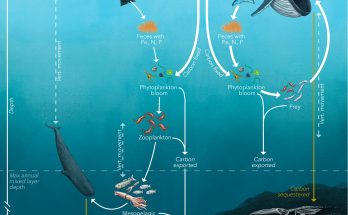 Whales could be a valuable carbon sink, say scientists 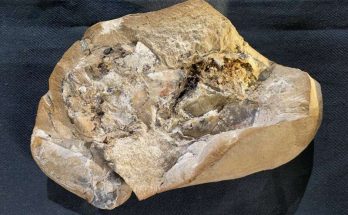 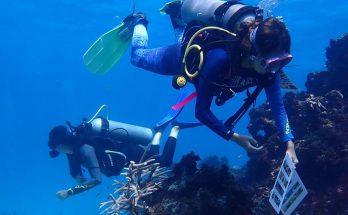