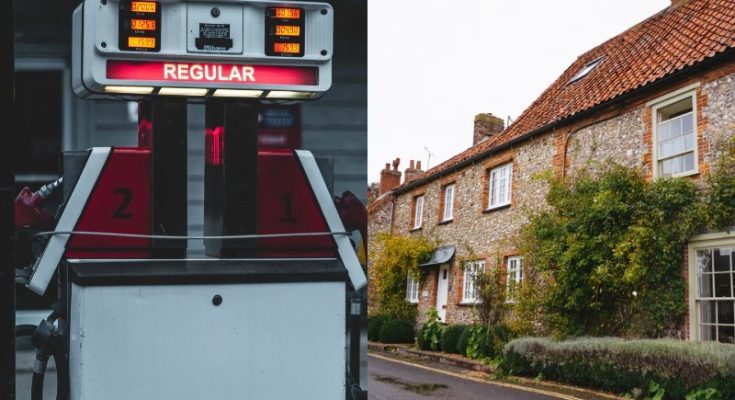 Ottawa/IBNS: Canada witnessed a surge in its average cost of gas per liter due to the ongoing Ukraine-Russia crisis and adding to the woes of buyers, the housing prices in the North American country proliferated by 21 percent in January compared to the year-ago period.

Russia, the third-biggest producer of oil, saw sanctions being placed on its banking and shipping industries which in turn reduced its exports, according to media reports.

Ontario saw steep prices around $ 1.60 cents per litre and in Vancouver it rose to $ 1.84, CTV News reported.

“We are definitely looking at a scenario where at least one full 10-cent increase is definitely in the offing and that would assume there is no further disturbance to the global supply of oil,” he said.

The current humanitarian crisis brought by the Russian invasion of Ukraine has elevated concerns about the shortage of oil supply, which has already pushed oil prices up.

McTeague explained, “We’re emerging from COVID with a likely pent-up demand that is going to aggravate that situation. Then along comes Vladimir Putin using the vulnerability of Europe and the fact that they require his oil and gas… energy prices have now become the global concern and they’re very much at the beginning of global security.”

“The fact that the price of oil has now risen 45 to 50 percent from this time last year is nothing short of dramatic and it will have consequences far beyond the price of fuel,” he said.

On the other hand, the Canadian housing market has positioned itself to be a seller’s market with the shortage of homes, and plans to accommodate 1.3 million immigrants in the next three years accelerating runaway housing costs, Reuters reported.

Expectations of increased interest rates alongside the presence of a strong labor market would further bolster housing market activity this year, according to media reports.

New buyers have been pushed away from the housing market in Vancouver and Toronto as prices are expected to rise by 10 percent and six percent respectively, it analyzed.