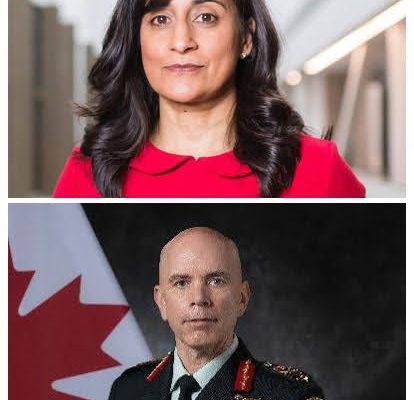 Ottawa/CMEDIA: Anita Anand, Canada’s Defence Minister along with the Chief of the Defence Staff, General Wayne Eyre would reportedly travel to Latvia and join Prime MinisterTrudeau for a portion of his trip.

According to the Prime Minister’s Office’s statement on Mar 5 confirming that Justin Trudeau will be abroad between March 6 and March 11, “to further strengthen Canada’s solidarity with our European partners and allies in the face of Russia’s unwarranted invasion of Ukraine.”

Trudeau announced on Friday that he will be making stops in the United Kingdom, Latvia, Germany, and Poland to meet with partners and allies that he would also meet the Queen.

“We will be discussing how to continue to support Ukraine, how to strengthen democratic values around the world, and how to stand up even more for democracy and to stand against Russian aggression,” Trudeau said

During their trip Minister Anand and General Wayne Eyre will meet with several European counterparts as well as visit with Canadian Armed Forces personnel deployed on Operation REASSURANCE to support the North Atlantic Treaty Organization (NATO) efforts in the region to reaffirm Canada’s unwavering support for Ukraine in the face of Russia’s further invasion.

Emphasizing the importance of continuing cooperation with European Allies, they would also reiterate Canada’s commitment to international security and the rules-based international order.