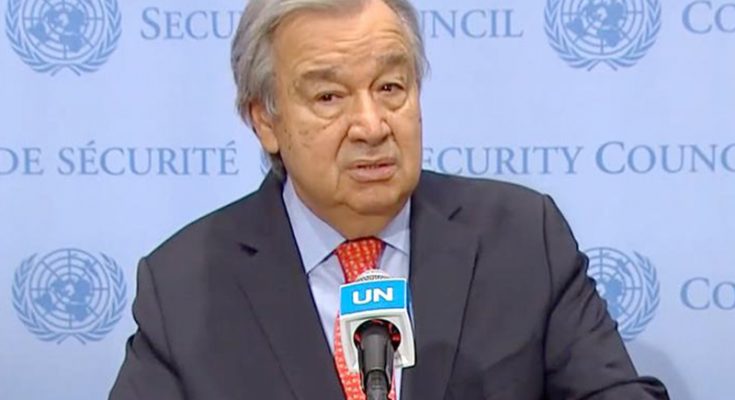 New York: UN Secretary-General António Guterres on Sunday called for an independent investigation into the killing of civilians in the Ukrainian town of Bucha, a suburb of the capital, Kyiv.

Images have emerged of bodies found in streets and in yards in the wake of Russian withdrawal from the area following weeks of intense fighting, according to international media reports.

“I am deeply shocked by the images of civilians killed in Bucha, Ukraine,” said Mr. Guterres in a tersely worded statement, which was also posted on his official Twitter account.

“It is essential that an independent investigation leads to effective accountability.”

“Ukrainians are enduring a living hell for more than a month, thousands of civilians have died,” she wrote.  “This horrific war needs to stop.”

The UN continues to press for an end to the war in Ukraine, which the Secretary-General has described as “unwinnable”.

The conflict began on 24 February, when Russia invaded the country.  Since then, 3,455 civilian casualties have been recorded, according to the latest update from the UN human rights office, OHCHR published on Sunday.

Of that number, 1,417 persons were killed, and 2,038 injured, though real figures are believed to be considerably higher.

Most casualties were caused by the use of explosive weapons with a wide impact area, including shelling from heavy artillery and multiple launch rocket systems, and missile and airstrikes.

Posting on Twitter on Friday, Mr. Guterres said the UN “is doing everything in its power to support people whose lives have been overturned by the war in Ukraine.”

Humanitarians have reached more than 1.4 million people, mainly in the east, “but this is not enough” he said. “We need safe, unimpeded access to all areas.”

The fighting has displaced more than 10 million people, both within the country and outside its borders as refugees.

“The speed of the displacement, coupled with the huge numbers of people affected, is unprecedented in Europe in recent memory,” said Filippo Grandi, UN High Commissioner for Refugees, on concluding a visit to Ukraine last week.

To respond to the rising humanitarian needs, the UN and partners launched a $1.7 billion emergency appeal last month to support people in Ukraine and those who have fled abroad.

More than 4.1 million have found shelter in neighboring countries such as Poland, Slovakia, Hungary, Romania and Moldova, and beyond.

The UN Security Council is scheduled to hold its latest meeting in Ukraine on Tuesday.