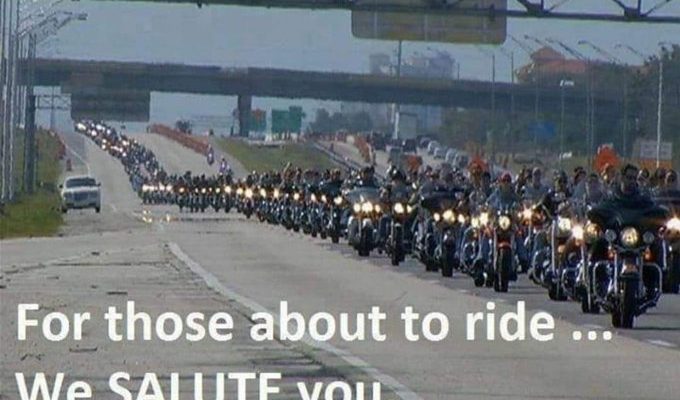 Ottawa/CMEDIA: Protesters of the ‘Rolling Thunder Ottawa’ demonstration this weekend will not be allowed to drive into the downtown core, Ottawa police reportedly said.

The “Rolling Thunder Ottawa” event rolls into town just over two months after the end of the “Freedom Convoy” demonstration that occupied downtown streets for more than three weeks.

The event starting on Friday would be participated by about 500 to 1,000 motorcycles and other vehicles. But participants would be required to attend on foot rather than driving downtown, unlike the ‘Freedom Convoy’ protest earlier this year.

An exclusionary zone bordered by the Rideau Canal to the east, the Ottawa River to the north, Lyon Street to the west, and Laurier Avenue to the south, said Bell would be established.

There would be anticipated traffic delays by residents, some areas would be restricted for pedestrians only, and road closures starting Friday into Saturday with increased police presence Thursday into Friday.

Bell added that RCMP and OPP officers will be joining Ottawa Police officers downtown on the weekend.

The event schedule for Saturday includes a Veterans For Freedom service at the National War Memorial, a bike roll to downtown Ottawa and a rally and march on Parliament Hill. But the website does not provide any information about the group or the reasons for the event next weekend.

Veterans for Freedom and Freedom Fighters Canada comprised the protest are demanding an end to all government COVID-19 mandates in Canada.

Police have been in contact with organizers, said Bell and made it clear protesters are welcome to attend the downtown core on foot and protest lawfully and should safely drive through the city on the route identified by the police

Meanwhile, opposing the “Rolling Thunder Ottawa” rally set for Ottawa, community groups are calling on police to stop working with the organizers for the event.

Community Solidarity Ottawa claims that “Rolling Thunder Ottawa” is “not a bike rally in support of veterans.”

“It is a thinly disguised extension of February’s anti-democratic, month-long ‘Freedom Convoy’ occupation of Ottawa,” the group said in a statement this weekend.

“’Rolling Thunder’ is a direct threat to our community, and the far-right politics it brings with it are a broader threat to our safety and democracy.”