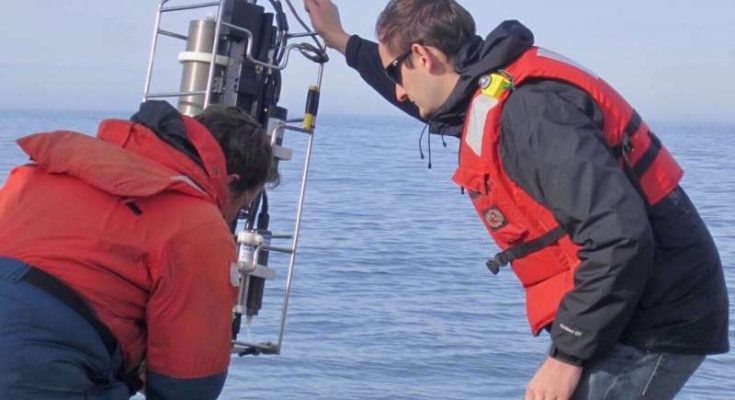 Heatwaves—like the one that blistered the Pacific Northwest last June—also occur underwater. A new study in Frontiers in Marine Science paints a worrisome picture of recent and projected trends in marine heatwaves within the nation’s largest estuary, with dire implications for the marine life and coastal economy of the Chesapeake Bay and other similarly impacted shallow-water ecosystems, https://phys.org/news reports said.

The pair based their analysis on long-term measurements of water temperature from 6 sites along the Bay’s 200-mile length, with record length varying between 26 and 35 years. Like other researchers, they defined a marine heatwave as any period of 5 or more consecutive days with water temperatures warmer than 90% of those measured on the same date and in the same spot as in years past. They analyzed the record of Bay heat waves in terms of frequency, intensity, duration, and cumulative temperature stress.

Based on those criteria, Mazzini and Pianca determined that the Chesapeake Bay experienced an average of two 11-day marine heatwaves per year between 1986 and 2020, with an average intensity of 5.4 °F (3 °C) and a maximum peak of 14.4 °F (8 °C) above the climatic norm. This translates to an average yearly cumulative intensity of 130 °F (72 °C) days, a measure of heat stress for marine systems similar to the “cooling degree days” used to determine the energy required to keep indoor spaces comfortable for people.

The researcher’s most troubling finding was that the maximum frequency of marine heatwaves occurred during the last 10 years, reaching 6-8 events per year compared to only 4-5 events per year prior to 2010. That equals a gain of 1.4 annual heatwaves each decade, with a corresponding increase in annual cumulative intensity. The researchers also found that years without marine heatwaves were fairly common in Bay waters prior to 2010, but have occurred bay wide only once since 2014.

“If these trends persist,” says Mazzini, “the Bay will experience heat waves on a monthly basis within the next 50 years, and by the end of the century will reach a semi-permanent heat-wave state, with extreme temperatures present for more than half the year.”

The authors warn this would have devastating impacts on the Bay ecosystem, aggravating the effects of nutrient pollution, increasing the severity of low-oxygen “dead-zones,” stimulating algal blooms, stressing or killing bottom-dwelling communities, causing shifts in species composition, and leading to declines in important commercial fishery species such as striped bass. Similar trends and impacts are likely in other shallow-water coastal systems worldwide given continued global warming.

Although there have been several previous studies of overall warming trends in estuaries (including the Chesapeake Bay), Mazzini and Pianca’s research is the first study of marine heatwaves in this type of shallow coastal ecosystem. Their findings not only enhance our basic understanding of these events but can be used to better predict future occurrences and guide management decisions.

Says Pianca, “Future management decisions should focus not only on the effect of long-term temperature changes but also consider these short, acute events, which could have severe impacts long after they end.”

In addition to studying the characteristics of Bay heatwaves and how they might be changing through time, Mazzini and Pianca set out to examine the causes of these extreme events by analyzing three potential and interacting triggers: heating by the atmosphere, input of warm river water, and incursions of balmy seawater.

The researchers approached this puzzle by comparing the timing of marine heatwaves both inside and outside the Bay, hypothesizing that heat-wave events with similar start and end dates are likely to share the same cause. For water temperatures outside the Bay, they analyzed data from two ocean observation buoys, one just seaward of the Bay mouth—within a current system known as the Bay plume—and another farther north on the continental shelf.

Their results show that marine heatwaves tend to occur at roughly the same time both along the entire length of the Bay and within nearby coastal waters. They also found a clear correlation between the increased frequency of marine heatwaves and the long-term warming of Bay and coastal waters observed in other studies. What they did not find was a pattern of heat waves starting in the Bay and propagating into the ocean, or starting in the ocean and propagating into the Bay.

Mazzini says these findings “demonstrate a strong connection among these different environments” and point to “coherent large-scale forcing” as the main driver of marine heatwaves in the Bay region. Drawing on another recent VIMS study, this one of long-term Bay warming, Mazzini says “the most likely candidate to drive the largely coherent marine heatwaves in the Bay and plume-ocean region is the transfer of heat from the atmosphere to the water surface.”

A better understanding of the causes of Bay heat waves will improve projections of future conditions and help managers better assess water-quality goals, particularly as they relate to efforts to limit low-oxygen “dead zones,” which can stress mobile animals such as striped bass, and kill attached or slow-moving invertebrates outright.

“The future increase in marine heatwaves as suggested in our study could aggravate hypoxia in the Bay by further stratifying the water column, increasing the oxygen needed by marine life, and decreasing oxygen solubility.” These changes, warns Mazzini, “could push the Chesapeake Bay ecosystem past a dangerous tipping point.”

Concerns regarding the impact of warming on Bay health and restoration goals were emphasized earlier this year when the Chesapeake Bay Executive Council signed a new directive for collective action to address the threats of climate change in all aspects of the partnership’s work.