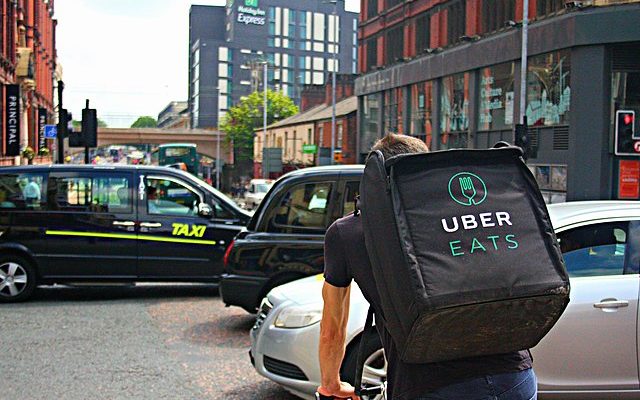 Ottawa/CMEDIA: New legislation is being proposed today by the Ontario government to raise the minimum wage of app-based gig workers or digital platform workers such as those who offer rides or deliver food and other items for companies like Uber, Lyft, Door Dash, and Instacart to $15 allowing them to keep their tips on top of that base pay.

The proposed legislation comes after Ford’s government increased the minimum wage to $15 an hour in January excluding gig workers.

The legislation only applies to active hours which implies that the driver is making a delivery or transporting a passenger, covering rideshare and delivery drivers, as well as others who are offered work assignments through digital platforms and does not apply to hours waiting for their next trips.

The legislation does not address the employment status of the app-based gig workers, usually classified as contractors and not employees, and will give them employment rights.

“As part of our plan…we want all workers to have every opportunity to earn a good living…It doesn’t matter if you work for a big company, a small business or for a rideshare app. Our government won’t leave any worker behind,” said Ontario Premier Doug Ford in today’s news release.

Digital platforms would also be required to increase pay transparency.

“No one working in Ontario should ever make less than minimum wage for an hour’s work…No one working in Ontario should be dismissed without notice, explanation, or recourse. No one should have to travel out of the country to resolve a workplace dispute or sign a contract they do not understand. These core rights are a foundation in our mission to help all workers earn bigger paychecks to take care of their families, not an endpoint,” said Monte McNaughton, Ontario’s Minister of Labour Training and Skills Development in a news release.“

Speaking to reporters on Feb 28, Ford called the new bill “groundbreaking,” adding that as many as one in five Canadians work in the gig economy.

“We know that the gig economy is one of the fastest-growing employment sectors in Ontario,” Ford said. “[Gig workers] deserve every opportunity to earn a living.”