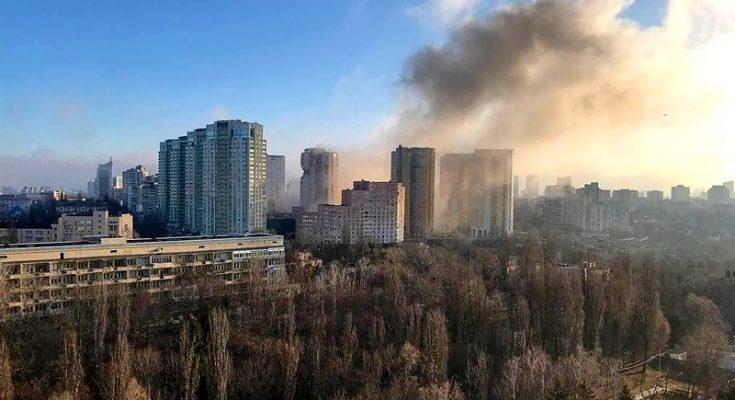 Ottawa/CMEDIA: A joint announcement by Canada’s Foreign Affairs Minister Melanie Joly and Defence Minister Anita Anand was made Feb 27 at a press conference regarding the dispatch of $25 million worth of defensive equipment including helmets, body armor, gas masks, and night-vision gear on Feb 28 to aid Ukraine to defend against Russia’s attack.

“The intent is for it to be used by NATO and in support of the delivery of this aid,” said Anand adding that although a combat mission in Ukraine isn’t on the table at the moment, Canada is eager to help defend its ally against Russian military aggression in other ways.

Their announcements came hours after Transport Minister Omar Alghabra’s announcing a ban on all Russian aircraft and operators in retaliation for Russian President Vladimir Putin’s decision to attack neighboring Ukraine.

Meanwhile, rallies with a gathering of hundreds of people outside B.C.’s Legislature in Victoria and outside Kelowna City Hall were held on Feb 27 in support of the Ukrainian people.

A huge throng of people in support of Ukraine flooded Downtown Toronto’s Yonge-Dundas Square and the surrounding roads, with many people carrying signs of support for Ukraine or condemnations of Russian President Vladimir Putin.

A meeting of the incident response group on the situation in Ukraine, a cabinet committee, is scheduled to be chaired by Canada’s Prime Minister Justin Trudeau Feb 28.

Trudeau is also expected to participate in a meeting hosted by U.S. President Joe Biden along with leaders of France, Germany, Italy, Japan, Poland, Romania, the United Kingdom, the European Union, and NATO, to discuss the situation.