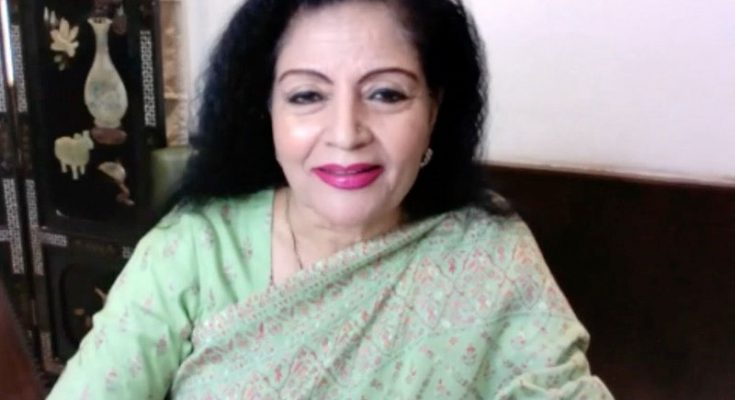 On the occasion of National Girl Child Day, Laxmi M Puri, former assistant secretary-general at the United Nations and ex-deputy executive director of UN Women, spoke on the topic of ’empowering girls for a better tomorrow’ during the ongoing Muskaan series of Prabha Khaitan Foundation. In an association with Education for Trust, it was held for students and parents of South City International School, Kolkata amidst the presence of the school’s founding principal, John Bagul. IBNS correspondent Nitin Waghela shares some excerpts

What influence will achieving gender equality in India have on other nations?

For two millennia, gender equality has not happened and according to estimations if we continue at the current rate of progression then it would take us 100 years. India is the demographic representation of 20 percent of women globally, which makes it the macro and micro cause of achieving gender equality. If India gets it, then the world will be enabled to achieve it.

What has the United Nations been doing on making Sustainable Development Goal (SDG) five (Goal 5 of Gender Equality under SDG) a reality?

The United Nations (UN) has been a wellspring of laws, rules and regulations for all countries to adopt so that a new normal of gender equality can be attained. The UN charter’s article one itself states that all are born equal and free in dignity and rights and are endowed with reason and conscience with which they should act in the spirit of brotherhood and sisterhood.

The UN has set up a commission around the time when the goal body itself got established and has played a strong part in human right development, peace and security and other humanitarian issues.

The Agenda 2030 was submitted at the summit level and has been focused on overall development while setting cross-cutting targets in 11 other goals like health, education, sanitation, inequality, employment and habitats. In 2011, the first global organisation to conceptualise this goal, which was gender-responsive, also prioritised the cause and treated it as means to development and also as the end aim.

It covers all women and girls which includes removing legal discrimination, ending harmful practises like child marriage, allowing control over resources, enhancing voice participation in economic and political arenas, and also valuing unpaid domestic work. The commitment of this agenda to provide access to girls is a promise that needs to be kept.

What actions primarily will enable the dream of eliminating all forms of gender inequality?

Four actions required to achieve SDG five and other women related targets require the administration at local and regional levels to implement norms and regulations that have been adopted at a global level.

Also, the knowledge gap needs to be bridged to solve the inequality issue and to allow for mindset change that can propel a top-down approach. The change will further come through programmes that act as lighthouses of the issue such as crisis centres to support victims of violence and skill development centres for girls.

What steps do you see the present Indian government is taking in the same regard?

The Narendra Modi government is advancing a women empowerment mindset through the ‘Sab Ka Saath Sab ka Vikas Sabka Vishwas Sabka Prayas’ initiative and it is stimulating all 28 states to do likewise with standalone schemes and campaigns. The transversal programmes like ‘Beti Bachao, Beti Padhao’ have also come to the forefront because of it and has become the largest transversal project enabling change in mindsets, while simultaneously furthering the cause of universal education.

Sukanya, PM Poshan Yojana among other shames like Skill India and Startup India are all aiding the same empowerment message. Even in the recognition front, awards are being equally distributed among the most exemplary boys and girls, as it’s important to allow for girl heroes to wave our national flag high.