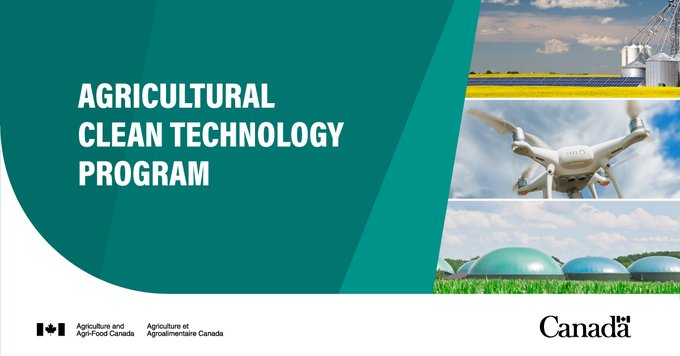 Farnham (Quebec)/CMEDIA: Marie-Claude Bibeau, Canada’s Minister of Agriculture and Agri-Food announced today the first wave of 60 approved projects under the Agricultural Clean Technology (ACT) Program to support farmers through the climate crisis challenges from droughts to extreme weather to build a healthy future for generations to come.

The investments of $17.9 million for projects across Canada would provide farmers and agri-businesses easy access to the latest clean technologies to facilitate their adaptation to a changing climate while boosting their long-term competitiveness by cutting emissions.

This funding is focused on three priority areas: green energy and energy efficiency; precision agriculture; and the bioeconomy.

Earlier today, Minister Bibeau virtually met with female-led Fermes Janor Inc. in Farnham, Quebec, and was shown the new outdoor grain dryer and equipment made possible through ACT funding of up to nearly $421,000. This is one of nine ACT – Adoption Stream projects approved to date in Quebec, with federal investments in the province totaling up to almost $1.9 million so far.

Wendland Farms Ltd. in Waldheim, Saskatchewan met virtually later this morning with Minister Bibeau to showcase progress at its farm operation and its new high-efficiency grain dryer, made possible by ACT funding of up to more than $251,000.

This project is one of 24 projects ready so far, with federal investments totaling up to almost $7.6 million to date across Manitoba, Saskatchewan, and Alberta.

Today’s announcement builds on the work already underway to help farmers reduce emissions and develop technology to adapt to climate change. The Agricultural Clean Technology (ACT) Program is part of the government’s strengthened climate plan, A Healthy Environment, and a Healthy Economy.