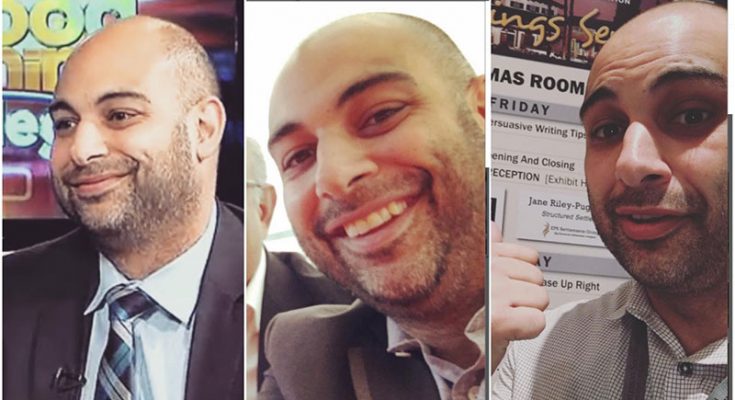 “One of the themes of both my books is that human beings are more good than they are bad,” Iranian-born best selling author Abbas Kazerooni sums up on his two children books- ‘On Two Feet and Wings’ and ‘The Boy With Two Lives’, with a tinge of reference to life as a whole.

Kazerooni was speaking at the virtual session of ‘The Universe Writes’, a literary initiative of Prabha Khaitan Foundation, which virtually connects non-Indian international writers with a select Indian audience with an abiding interest in quality literature.

“But for the random acts of kindness by complete strangers, I would not be sitting where I am today. Learning English also enabled me to do things and become what I am today,” he added.

“Born on the cusp of the revolution”, Kazerooni, who had witnessed the “ugliness of the world and the war”, says he had a “good childhood”.

In the course of the conversation, Kazerooni revealed his father was a non-supporter of the contemporary regime in Iran when he was a child.

As the government had confiscated his father’s passport, Kazerooni said, “the idea was that my mother and I would sell everything and go to Turkey, to try and get a visa and go abroad and live with some relatives in the United Kingdom.”

The latest series of ‘The Universe Writes’ connected writer, actor, lawyer, producer Abbas Kazerooni with a group of avid literary enthusiasts from India through an engrossing session introduced by Mita Kapur of Siyahi and moderated by author-screenwriter, Venita Coelho.

Abbas Kazerooni’s life has been a roller-coaster ride. Currently, a very successful lawyer and author of children’s books, the formative years of his life were full of trials and tribulations.

Kazerooni’s father, just before his eighth birthday, sent him off to Istanbul with the idea of going to England.

But his mother was stopped at the airport. “and….. I had to put myself on a plane to Istanbul to meet a relative who was allegedly going to look after me,” Kazerooni recalled. His relative deserted him at the airport and he spent four months in Istanbul working out a few jobs and trying to get a UK visa to go to England to live with a relative.

“That whole journey was a kind of surreal experience. Now that I look back to those days as an adult, it was some miracle that I got a visa to go to England just through the graciousness and kindness of so many different strangers that came into my life,” he said.

“I went to England thinking all my troubles were over but the guardian and the relative I had ended up being not such a nice individual and I was kind of abused. I stayed in a deserted house leading a dual life.

“I had a scholarship to go to a boarding school with the most prestigious and richest children of England and during the holidays working in a kitchen at nights since it was illegal for a child to work. My dual life continued till high school, I was living rough by the night and going to a public school by day,” Kazerooni reminisced.

Eventually he was taken in by another relative who was much kinder and tried to adopt him.

“I had to go to the high court in London and that was the genesis of the whole legal thing in my head. I went to University in England, I got my master’s and went to an acting school. After three or four years of acting professionally I took the LSAT and went to the United States and became a lawyer and started my own law firm,” he said.

Initially, Kazerooni did not intend to write books for the children.

“I could not do justice writing about my life from an adult’s perspective. My memories are from the perspective of a child because I lived through that. When you are a child everything seems so much bigger, faster, enormous, everything is exaggerated because you are a child. I tell a micro story in a macro world,” he said.

Kazerooni grew up watching videos of Bollywood films that were smuggled into Iran where films and TV shows were banned.

“My favorite was Amitabh Bachchan. When I watched Sholay it changed my life,” he fondly recalled.

Speaking on the difference between writing and acting, “Kazerooni said, “These are two different art forms. As a writer, you are the puppeteer – you set the rules and terms.

“As an actor, the writer and director set the terms for you, your job is purely that of a messenger. When I am writing I miss acting and when I am acting I miss writing.”

‘The Universe Writes’ online series took off with author Alan Friedman in Apr 2020.