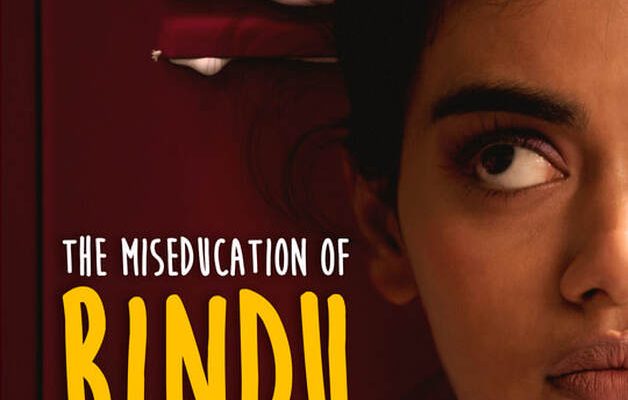 Directed by Prarthana Mohan, ‘Miseducation of Bindu’ is a story of the main character, Bindu Chaudry (Megan Suri), a 14-year-old girl at Broad River High School in Virginia, United States (US). Born in India, she moved to Indianapolis at age of 9 with her mom (Priyanka Bose) to live with her aunt (Alka Nayyar) after her father dies. David Arquette plays her stepfather. Bindu finds herself struggling not only between girlhood and womanhood but also between India’s traditional past and the promise of global future in which she tries to develop her own individuality.

Asha Bajaj, the special Canadian Correspondent of IBNS Canada as well as the editor of Canadian Media discusses the film “The MisEducation of Bindu” with Prarthana Mohan

We wanted to play on the fact that kids/teenagers are unreliable narrators, and in Bindu’s case, she is getting a crash course in what it is to be a teenager from a bunch of kids who have their own motives and agenda. So while it is an education, it is not always proper. We also wanted a title that got us to the heart of what the film is about and took us a long time before we could settle on what it should be called.

2. What motivated you to co-write and direct the film?

Kay Tuxford, my writing partner, and I sowed the seeds of Bindu back when we were in grad school. She wrote a short film that I directed that is very similar to this film, except that Bindu was a caucasian teenager called Wendy. After school, we decided to write a feature-length version of that short film and couldn’t wait to explore that world some more. It wasn’t until about five years ago that we re-wrote the film with an Indian American teenager. High school is a universal experience, and it didn’t seem right or fair to us that people like us were not represented in those stories. We wanted to see someone go through the awkward growing pains of adolescence who looked and talked like us. It was the perfect place for the story and the character to evolve and was the best decision we made.

3. Can you throw some light on the development of complex characters of the film like Bindu, Peter, Sam, Bindu’s mom, and her stepfather?

The film initially spanned a better part of a semester. When we started to work with the Duplass Brothers, they pitched the idea to condense the story to one fateful day in high school. But we felt the idea to be irrational at the time. Kay and I had spent so much time with these characters, and we felt they would not survive being limited to one day. It was incredibly hard to distill the high points to a place where the characters still felt whole. It made us critically look at every element that was on the page and trim lots of unnecessary features. It also helped drive the story forward and kept the story quite dynamic. We are grateful that we were pushed in this direction. It certainly helped make it a stronger film.

​4. Can you throw some light on your high school education in Chennai? Did you feel any culture shock when you came to California? Is the story of Bindu in any way connected to your own background?

I went to what can only be described as an alternative school. It does not reflect the more typical experiences in the United States (US). Nonetheless, the chaos of adolescence is singular no matter where you grow up. I think culturally there are some big significant differences, and Bindu’s story is portrayed in the middle of that.

The biggest thing that took some time to get adjusted to was the laid-back attitudes in academic settings. I remember the first time I saw a classmate rest his leg up on the desk the whole time the professor was lecturing, it was very jarring. That would never happen back in India, but here, it was not a big deal. Little things like that were unusual when I first got here.
There are elements of both Kay’s and my collective experiences that have shaped Bindu. It is not autobiographical, but we share some similarities.

5. What motivated you to study film in California? Did you face any obstacles from your family?

Coming from a film family, my parents, in the beginning, were a little reluctant about me going to film school. But after some initial apprehension, they became supportive. Coming to the US to study film seemed like a pretty obvious choice, but I didn’t necessarily have California in mind. I met the president of Chapman University, California at a dinner in India, and was motivated by his talks about the school and program, and that decided that California was a place for me.

6. What are the obstacles you faced in your study of film in California?
It was both the best and the most challenging time in my life. I think the nature of the industry becomes very apparent once you get there. You realize that there isn’t a clear path forward after school. It’s a mixture of hard work, networking, and some measure of being at the right place at the right time. It took us ten years to get this movie made, which is pretty typical for a lot of filmmakers and we finally nailed one of those three things.
Also, there were many more tools at my disposal in school. Crowdfunding was a game-changer. It gave us the ability to build an audience which in turn translates to getting investors to believe in your project. It would not have been possible to make those first movies without that network of family and friends.

7. The audacious attempt on your part to portray the life of American high school is very revealing. Is there any moral lesson attached to it?

We tried to touch on topics relating to parenting, marriage, friendship, female sexuality, high school politics, the meaning of being American, and conservative vs. modern values, and LGBTQIA+ issues. These are all themes that are very relevant at that age. It’s a time when kids are learning and forming opinions about so many “adult” concepts. It was also what we are experiencing in the world around us. It was important to address these topics through the lens of adolescence and high school.

I think there are a couple of different lessons, but the one that resonates with me is the notion that your self-worth should not be tied to others’ opinions of you. And that it is important to embrace one’s unique brand of weirdness and that it is totally OK to be different!

8. What motivated you to select the career of a writer and director of the film? Briefly describe your previous films and your future projects. Have you any plans to enter in Toronto International Film Festival competition?

I’ve always wanted to tell stories and directing felt like a natural fit for me. I enjoy writing, especially writing dialogue but am working towards writing more consistently.

The MisEducation of Bindu is my first feature, but I have directed a couple of short films that have played at many festivals. Kay Tuxford has had a lot of success with her screenplays, and her short film ‘Wine Bottles’ has been great in the festival circuit. I have a couple of features in the works, all with female leads, exploring themes of aging, love, marriage, immigration, etc. We are not going to be at TIFF, but hope to play at other Canadian festivals.