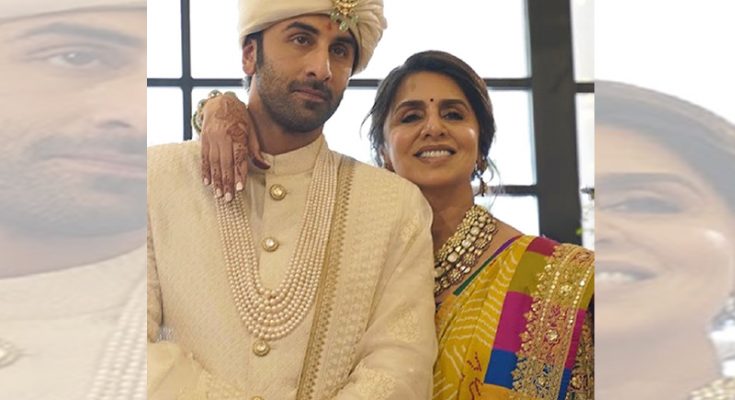 In the picture, Neetu Kapoor is seen with Ranbir, probably minutes after the couple got married.

In the caption, she wrote, “This is dedicated to kapoor Saab your wish has has been fulfilled,” revealing that Ranbir’s marriage was the wish of the actor’s late father Rishi Kapoor.

Putting rest to all speculations, the most awaited wedding took place in Mumbai on Thursday with Ranbir and Alia tying the nuptial knot in their ‘ favorite spot’ and amidst the presence of their friends and family members.

The power couple dated for five years and will soon be seen pairing onscreen in Ayan Mukerji’s upcoming film Brahmastra.

Both Ranbir and Alia looked ethereal in paired white ensembles. While Alia donned a white lehenga, Ranbir complemented her in a white sherwani.