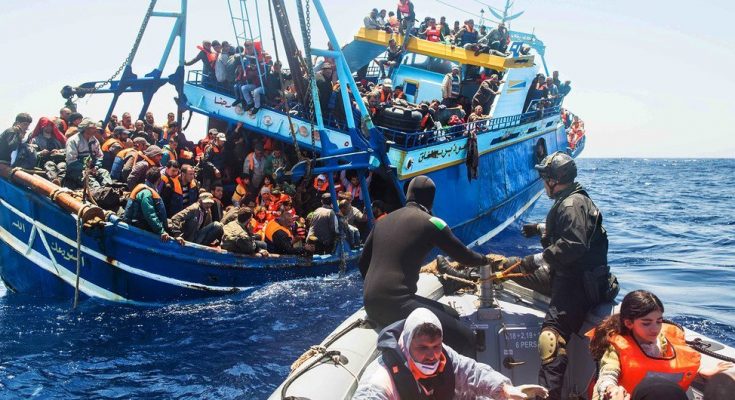 Emerson (Manitoba)/CMEDIA: An investigation has been launched by the U.S. agents into a larger human smuggling operation after a family of four froze to death during a blizzard while attempting to cross into the United States from Canada near Emerson, Manitoba.

“The investigation into the death of the four individuals in Canada is ongoing along with an investigation into a larger human smuggling operation of which Steve Shand is suspected of being a part,” special agent John Stanley with the United States Department of Homeland Security was reported to say in a sworn affidavit.

A Florida man has been charged with human smuggling after four people, one an infant was found dead in a Manitoba field, near the Canada-U.S. border, on Wednesday.

The U.S. Attorney’s Office for the District of Minnesota also issued a release late Thursday afternoon saying 47-year-old Steve Shand of Florida has been arrested and charged with human smuggling in connection with the incident.

The frozen bodies of a man and woman with a baby, and a boy believed to be in his mid-teens were discovered on Wednesday afternoon by the Manitoba Royal Canadian Mounted Police (RCMP) who believed the four people died due to exposure to the cold weather.

The four have tentatively been identified as a family from India, part of a larger group trying to enter the United States by walking across snow-covered fields in a remote region.

“It was an absolutely mind-blowing story. It’s so tragic to see a family die like that, victims of human traffickers … and of people who took advantage of their desire to build a better life,” Trudeau told a news conference.

“This is why we are doing all we can to discourage people from crossing the border in an irregular or illicit manner. We know there are great risks in doing so,” he continued.

In the affidavit, Stanley said one of the foreign nationals told border patrol agents he had paid a significant amount of money to enter Canada from India under a fraudulently obtained student visa, with the intention to illegally enter the United States.

“He had crossed the border into the United States on foot and had expected to be picked up by an individual who would drive him to his uncle’s residence in Chicago,” the court documents read.

Shand is facing human smuggling charges, though he is presumed innocent until proven guilty.