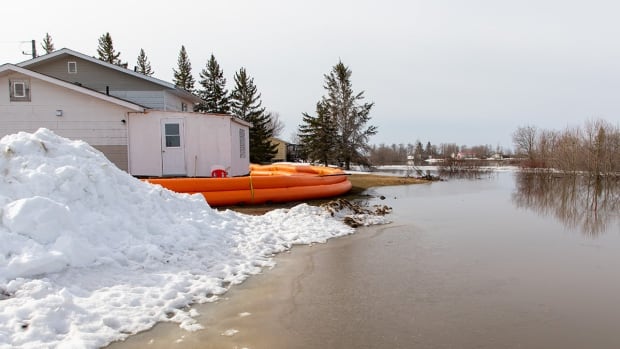 Winnipeg/CMEDIA: More than 1,000 people living in Peguis First Nation were forced to flee homes due to the Fisher River flooding community after a mandatory evacuation order was issued by local officials on Sunday.

With more than 1,000 people are now staying in hotels in Winnipeg, it is expected that hundreds more would leave the community

The Interlake community, 160 kilometers north of Winnipeg, the most populous First Nation in the province, with around 11,000 members, 4,800 of whom live in the community received an average of 30 to 50 millimeters of precipitation over the weekend.

Manitoba Transportation and Infrastructure reportedly said that the ground has already been saturated by a month of enormous rain and snowfall.

Over the weekend, ice jams at the mouth of the Fisher River caused water levels to rise behind them despite sandbagging efforts and the deployment of water-filled Tiger Dams and flow over roads, flooding the community.