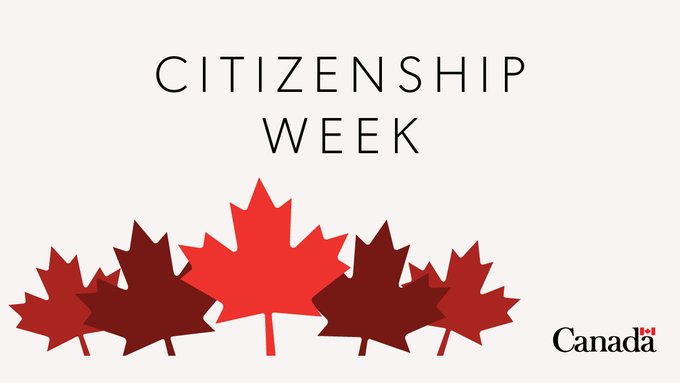 Ottawa/CMEDIA: On the start of the observation of Canada’s Citizenship Week which runs from May 23 to 29, 2022, Sean Fraser, Minister of Immigration, Refugees and Citizenship, said in statement issued today he said Citizenship Week is a chance to celebrate from coast to coast to coast what it means to be Canadian, the rights, the responsibilities shared, and diversity that makes Canada a strong and proud nation.

“This year, we marked the 75th anniversary of the first Canadian Citizenship Act. The passage of the Act, which was later replaced with the Citizenship Act in 1977, was a monumental moment in Canadian history that shaped the identity we share today. In the days that followed, Canada held its first-ever citizenship ceremony, establishing a formalized rite of passage that millions of new Canadians have taken part in since.

“Canada is known around the world as a country that respects and celebrates our differences. As we have grown, we have amended our Citizenship Act so that it reflects our values and promotes an inclusive society. Most recently, these amendments include broadening the interpretation of “citizenship by descent” to be more inclusive for families. They also include establishing a new Oath of Citizenship that recognizes the inherent and treaty rights of First Nations, Inuit and Métis peoples, and the obligation that all citizens have to uphold the treaties between the Crown and Indigenous nations. We are committed to ensuring that the tragic parts of our history are not forgotten, as we continue on the path of reconciliation.

“Canadian citizenship holds so much significance and meaning. For some, it represents the achievement of a dream and the promise of a new life. For others, it is an innate and unbreakable bond to the beautiful country we call home.

“For all of us, citizenship remains a commitment not only to Canada, but to our fellow Canadians. Whether volunteering for a community project, helping out a neighbour in need or welcoming newcomers to our country, I encourage all Canadians to look for ways to take part in building a strong, inclusive and prosperous Canada—this week and every week.”