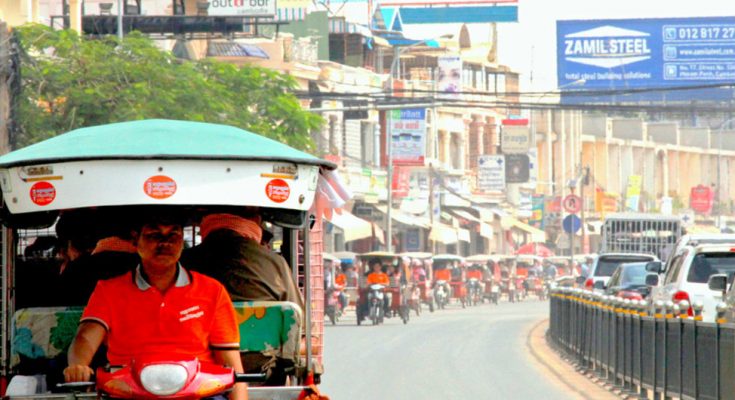 Cambodia/cmed: The arrest and detention of at least 29 casino union leaders and activists during a strike that began on New Year’s Eve in Cambodia, may represent a breach of human rights law,  independent  UN rights experts said on Wednesday.

Most of the strikers were women and many of the arrests were conducted in “a violent way”, the experts added. The arrests appeared to contravene the right to freedom of association, assembly, and expression.

“We also strongly condemn the manner in which the first arrests took place, after dark, on a day where multiple other events diverted public attention”, the experts said.

For them, this could be seen as “an underhanded way to clamp down on fundamental human rights and impinge on the free exercise of the rights to freedom of peaceful assembly and of association.”

The experts called on the Government to explain the response by the police and said they were following developments closely.

Nine people, including seven women and two men, have so far been charged with “incitement to commit a felony” under Articles 494 and 495 of the Cambodian Penal Code. They all remain in custody, while others have been released.

According to the experts, these same provisions have previously been used to prosecute human rights defenders in the country.

The first round of arrests took place at around 8 pm on 31 December. Continued strikes resulted in a further 17 arrests, on 3 January.

The three most senior union leaders, including president Chhim Sithar, were separately arrested on 4 January, on their way to join the ongoing strikes.

Video footage of arrests shows police using what appears to be an excessive force during the arrests.

Trade union leaders and activists have been striking since 18 December against what they deem as the unfair dismissal of 365 Naga World casino and resort staff members.

The dismissals happened after unsuccessful negotiations with their employer, the Ministry of Labour and Vocational Training, and Phnom Penh Municipal authorities.

“The pattern and manner of these arrests, after industrial action failed to be resolved quickly, appears to be an escalation in tactics used in previous cases that have occurred in Cambodia over recent years and resulted in the wrongful imprisonment of human rights defenders,” the experts said.

Obligations set out in international human rights treaties, to which Cambodia is a party, protect the same rights.

As the country gears up for local elections this year and national elections in 2023, the experts said these arrests send “a chilling message to Cambodian people on their space to assemble freely.”

The experts also called on the Government to implement recommendations they have accepted during the 2019 Universal Periodic Review by the UN Human Rights Council, including a pledge to create conditions where “civil society, including human rights defenders, can freely carry out their work without interference or hindrance”.

The UN Special Rapporteur on the situation of human rights in Cambodia, Vitit Muntarbhorn, has previously spoken out on the shrinking of civic and political space in the country.

Independent experts, Special Rapporteurs, and members of Working Groups are appointed by the Human Rights Council to monitor and report on specific country situations or thematic issues.

They serve in their individual capacity and are not UN staff, nor are they paid by the UN for their work.