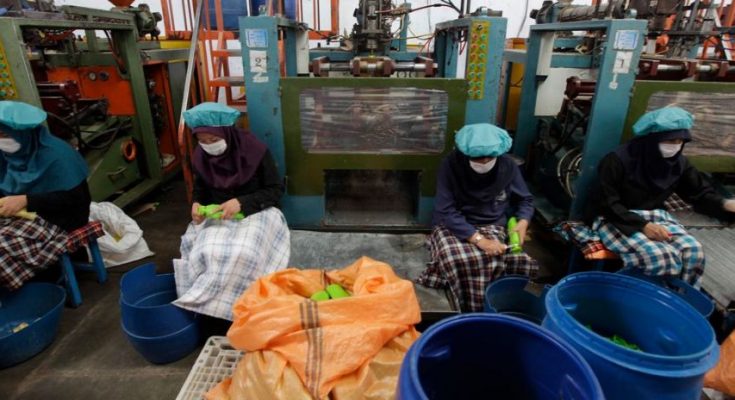 CMEDIA: More than half a million people have lost or been pushed out of their jobs in Afghanistan since the Taliban takeover, the UN International Labour Organization (ILO) said on Wednesday.

In a warning that the economy has been “paralyzed” since the de facto authorities took control last August, ILO said that there have been huge losses in jobs and working hours.

Women have been hit especially hard.

By the middle of this year, it’s expected that job losses will increase to nearly 700,000 – with direst predictions topping 900,000 – as a result of the crisis in Afghanistan and “restrictions on women’s participation in the workplace”.

Women’s employment levels are already extremely low by global standards, but ILO said that they are estimated to have decreased by 16 per cent in the third quarter of 2021, and they could fall by between 21 per cent and 28 per cent by mid-2022.

“The situation in Afghanistan is critical and immediate support for stabilization and recovery is required,” said Ramin Behzad, Senior Coordinator of the International Labour Organization (ILO) for Afghanistan. “While the priority is to meet immediate humanitarian needs, lasting and inclusive recovery will depend on people and communities having access to decent employment, livelihoods and basic services.”

Hundreds of thousands of job losses have been seen in several key sectors which have been “devastated” since the takeover, ILO said.

These include agriculture and the civil service, where workers have either been let go or left unpaid. In construction, the sector’s 538,000 workers – of which 99 per cent are men – have suffered too, as major infrastructure projects have stalled.

The Taliban takeover has also led to “hundreds of thousands” of Afghan security force members losing their job, said ILO, noting that teachers and health workers have been deeply impacted by the lack of cash in the economy, amid falling international donor support.

As the crisis continues to unfold, ILO explained that the Taliban capture of Kabul on 15 August, threatened hard-fought development gains achieved over the past two decades.

Domestic markets have been “widely disrupted”, the UN agency said, while productive economic activity has dropped, which has in turn driven up production costs.

At the same time, because Afghanistan’s reported $9.5 billion in assets have been frozen, “foreign aid, trade and investment…have been severely impacted”, ILO continued, pointing to cash shortages and restrictions on bank withdrawals, causing misery for businesses, workers and households.

UNAMA/Freshta DuniaA group of Afghan men use hand tools to process rocks at a site in Kabul.

The lack of work also threatens to worsen child labour levels in Afghanistan, where only 40 per cent of children aged five to 17 years old attend school.

In absolute numbers, ILO noted that there are more than 770,000 boys and about 300,000 girls involved in child labour.

To support the Afghan people this year, the UN’s top priorities are to provide lifesaving assistance, sustain essential services and preserve social investments and community-level systems which are essential to meeting basic human needs.

In support of this strategy, the ILO has pledged to work with employers and trade unions to promote productive employment and decent work.