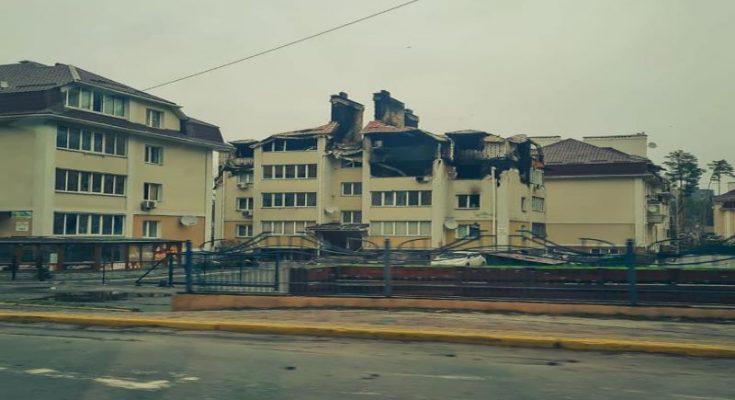 Kyiv: Bodies of 20 men in civilian clothes were found lying on a street after Ukrainian forces reclaimed the Bucha town near the capital city Kyiv from Russian troops, media reports said.

According to an AFP report, the bodies were strewn over several hundred metres of a road in the residential area and one of the bodies had its hands tied behind.

Bucha is a suburban town in northwest of Kyiv, the report said.

The cause of death was not known but at least one of the bodies had a large head wound, it said.

Russian forces withdrew from many towns as Moscow’s attempts to lay a siege on Kyiv failed.

However, the town has been completely destroyed by the Russian attack and the roads are littered with crushed cars and big holes can be seen in apartment blocks as a result of shell explosions.