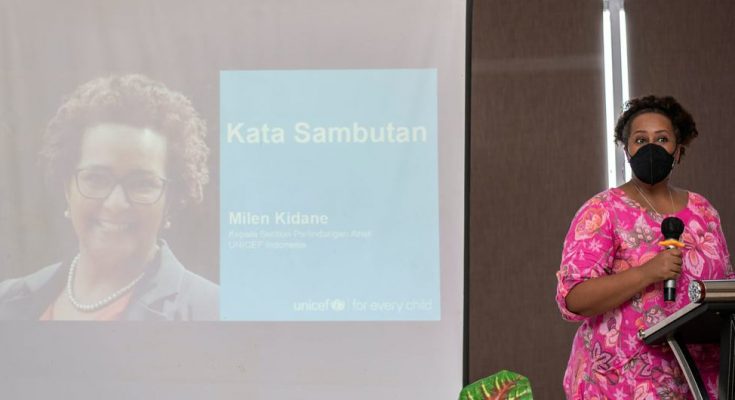 CMEDIA: Gender equality and women’s rights are essential to a renewed social contract anchored in human rights – the new Agenda for Peace – the UN chief told a meeting on Tuesday aimed at advancing women’s leadership worldwide.

Speaking to the 148 country-strong Group of Friends on Gender Parity, a side event of the 66th session of the Commission on the Status of Women (CSW), Secretary-General António Guterres restated the UN’s commitment to equality for women everywhere.

“Today, I am proud to report that we are on a positive trajectory towards achieving gender parity” across the UN system, he said, noting the achievement of gender parity among senior leadership; more professional women in the Secretariat; and “significant progress” at the mid-management level – all while grappling with a crippling financial crisis in recent years, which had necessitated a freeze on regular budget recruitment.

At the current rate of progress, Mr. Guterres added that the Secretariat is forecast to reach parity in 2027, one year before the target date set out in the gender parity strategy.

Slower progress in the field

While steady progress has been made at different UN headquarters, gender parity in the field has shown “slower and uneven” advancements, observed the UN chief.

In peace operations, 32 percent of civilian personnel are women, representing a slight jump from 2017, when the figure stood at 28 percent.

Meanwhile, in some missions, just a quarter of the international staff are women.

“It is in the interest of the Organization…peace operations…[and] those they serve”, to change these numbers, he said, underscoring the benefits of more female personnel.

Increasing and stronger efforts are needed to attract more women to field positions, including improving the “working culture and living conditions” in missions, that support all staff.

“A legacy of policies and institutional biases that hinder women’s equal participation can only be undone with concrete action, dedicated resources and political will,” said the top UN official.

Mr. Guterres noted some of his initiatives to increase the percentage of women leaders in the field, such as the Global Call for Special Representatives and the appointment of 16 women Heads or Deputy Heads of Mission.

“Looking ahead, your nominations of women leaders to the Global Call will be critical to help us build a strong, more gender-balanced pipeline of leaders in field operations,” he said.

Since 2006, when only one woman headed a UN field mission, considerable gender progress has been made, including last year, when for the first time in its history, the top levels of peace operations reached parity.

The Secretary-General noted that the UN’s 2018 uniformed gender parity strategy is yielding results, along with updated Temporary Special Measures, which are holding senior managers accountable for hiring decisions.

The Organization is also taking steps to identify qualified women candidates to replace many of the mostly 4,000 male international staff who are retiring within the next nine years.

The UN chief assured that the gender parity push would not impinge on equitable geographical representation, framing them as two complementary and comprehensive goals.

“Our ability to implement our diverse and complex mandates will be significantly strengthened if our workforce is gender-balanced and recruited from a wider geographical base,” he underscored.

Mr. Guterres appealed to States to support female candidates at the national level, and identify and attract women from all backgrounds, including uniformed personnel, to work at the UN.

“You can also support our efforts through your participation in inter-governmental bodies,” he continued, advocating for the International Civil Service Commission to make conditions of service fairer and more gender sensitive, and for delegations and panels to appoint women leaders.

“Achieving gender parity at the United Nations is a collective endeavour.”

Against the backdrop of a world still male-dominated, the UN chief reminded that an unequal COVID recovery, climate change and the “tragic lack” of world peace were “largely the result of a deeply rooted patriarchy”.

“The patriarchy is not easily defeated. It continues to push back against the rights of women and girls in all walks of life, in every region of the world,” he said.

“We must push back against this pushback…as the only pathway to the peaceful, equal, sustainable and prosperous world we all want to build.”

We still have “a long way to go” if we want to achieve gender equality and empowerment by 2030, said Mr. Guterres.

He highlighted COVID-triggered setbacks, including job loss and fewer social protections “further widening inequalities”; heightened poverty and violence; and a roll back on job, health and education opportunities.

“These declines are systemic, and global,” he flagged, citing the World Economic Forum’s latest report saying that it would now take 135.6 years to close the gender gap globally.

“These transformative actions have the potential to reverse the trend on gender equality,” he concluded, saying the UN will play its part in “walking the talk on gender parity.”

Click here to watch the meeting in its entirety.