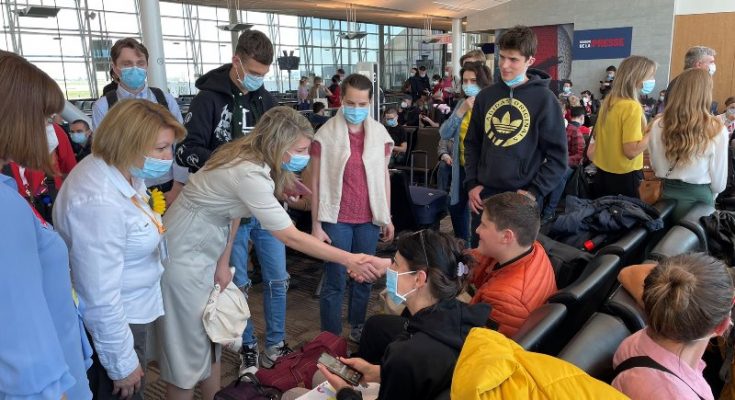 Moncton/CMEDIA: A total of 170 Ukrainians fleeing Russia’s invasion would arrive at the New Brunswick’s Greater Moncton Roméo LeBlanc International Airport in Canada on Tuesday by a plane chartered by the provincial government, an official release said.

During their arrival, Lt.-Gov. Brenda Murphy, Premier Blaine Higgs, and Arlene Dunn, the minister responsible for immigration and community volunteers would be present.

“The provincial immigration team is working with partners — including settlement agencies, employers, community organizations, the Red Cross, and employment counselors, to ensure that those arriving receive the assistance they require,” the release said.

The selection of 170 people was based on the province’s focus on those who had friends or family in New Brunswick, and people who have either had a job offer or fit our labor market needs, David Kelly, Opportunities New Brunswick spokesperson said.

“This was part of our effort to assist those seeking refuge from the war in Ukraine. Many do have jobs lined up, others we are connecting with our Working NB offices and will be assisting them in finding employment,” he said in an email.

As part of an immigration program led by the federal government to expedite the applications of Ukrainians fleeing the Russian invasion, the Ukrainians arriving Tuesday can work and study in the country for three years, at the end of which they can also apply for permanent residence.

A recent update of the program includes one-time, non-taxable financial assistance for people arriving through the program.

The news release said that most of the Ukrainian newcomers will be relocating to Moncton, Saint John, and Fredericton, some of whom may need to stay with host families while they look for housing.

“We know New Brunswickers will be eager to continue to step in and help in this area,” said Higgs in the news release.

Kelly reportedly said all of the newcomers are being linked by the province with settlement agencies to ensure their safe landing in N.B.

Canada’s fast approval of the Ukrainian entry to Canada has facilitated some to take to social media to find hosts.