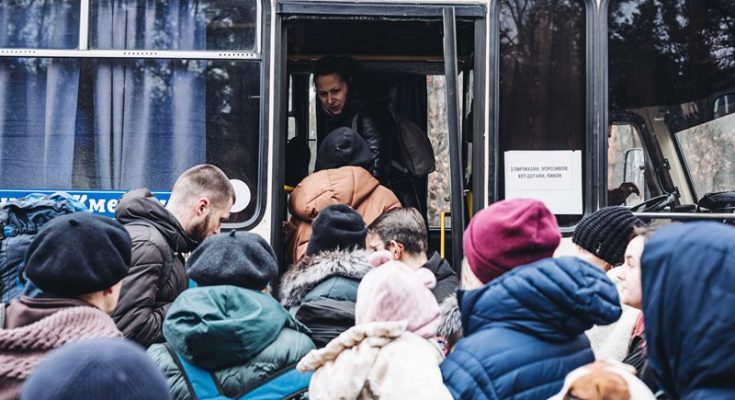 CMEDIA: The humanitarian crisis in Ukraine worsened Monday as Russian forces intensified their shelling, with the increasing scarcity of food, water, heat, and medicine.

Very little unspecified progress was seen as the third round of talks between the two sides ended toward establishing safe corridors to allow civilians to escape the fighting. Russia’s top negotiator said he expects those corridors to start functioning Tuesday.

The wake of previous failed attempts to lead civilians to safety amid the biggest ground war in Europe since the Second World War leaves everything in dark.

But Ukrainians’ ferocious resistance reinforcing cities across the country slowed the invasion and thwarted Moscow’s hopes for a lightning victory.

After the unsuccessful efforts to set up safe corridors for civilians to leave besieged areas over the weekend, the Russian Defence Ministry announced Monday that civilians would be allowed to leave the capital of Kyiv, the southern port city of Mariupol, and the cities of Kharkiv and Sumy.

The countries’ foreign ministers are also scheduled to meet in Turkey on Thursday, according to that country’s top diplomat.

Ukraine pleaded for an order to halt Russia’s invasion at the International Court of Justice at the Hague, saying Moscow is already committing widespread war crimes.

406 confirmed civilian deaths were reported by the UN human rights office, but also warned the number is a vast undercount. Police in the Kharkiv region said Monday that 209 people have died there alone, 133 of them civilians.

The Russian invasion has also sent 1.7 million people fleeing Ukraine, creating what the head of the UN refugee agency called “the fastest-growing refugee crisis in Europe since World War II.”