In his message for the International Day for the Elimination of Sexual Violence in Conflict, commemorated on Sunday, Secretary-General António Guterres also observed that perpetrators rarely face the consequences of their actions.

“It is the survivors who carry the burden of stigma and trauma throughout their lives, often doubly brutalized by harmful social norms and victim-blaming”.

And Virginia Gamba, Special Representative for Children and Armed Conflict, noted that while at least 14,200 children have been verified as victims of sexual violence, that is “only the tip of the iceberg”.

Mr. Guterres attested: “We stand in solidarity…supporting the most vulnerable women, girls, men and boys as they struggle to live in dignity and peace in the midst of humanitarian crises,” including by increasing support for those victimized and displaced; those vulnerable to trafficking and sexual exploitation.

Rural areas with weak protection systems also need to be a focus for extra support, he added.

Additionally, it requires support for women-led civil society organizations to break down social, economic and cultural barriers that deny protection, equality and justice as well as addressing underlying causes of sexual violence in conflict.

“With increased political resolve and financial resources, we can match words with action and end the scourge of sexual violence in conflict, once and for all,” stressed the Secretary-General.

At the same time, UN Special Representative on Sexual Violence in Conflict Pramila Patten, together with European Union (EU) High Representative for Foreign Affairs and Security Policy Josep Borrell, issued a joint call for the international community to help eradicate conflict-related sexual violence, and “save succeeding generations from this scourge”.

“It is time to move beyond reactive approaches and address the underlying causes and invisible drivers of sexual violence…as well as harmful social norms related to honour, shame, and blaming victims,” they said in their joint statement.

They expressed deep shock over the impact that the war in Ukraine is having on civilians, and grave concern over the harrowing personal testimonies and mounting allegations of sexual violence.

“We strongly condemn such crimes and call for an immediate end to the violence”.

From Afghanistan, to Guinea, Mali, Myanmar, and elsewhere, they drew attention to an “epidemic of coups and military takeovers” that have “turned back the clock on women’s rights”.

And as new crises escalate, wars elsewhere continue, including in the Central African Republic, the Democratic Republic of the Congo, Somalia, South Sudan, Syria, and Yemen.

Each is marked by alarming levels of conflict-related sexual violence used as a tool of political repression, intimidation and reprisal against frontline actors and activists.

“It is critical to foster a protective environment that deters and prevents sexual violence in the first instance and enables safe reporting and adequate response,” they said. “Prevention is the best form of protection, including the prevention of conflict itself”.

To address sexual violence, greater political and diplomatic engagement is needed, they said, in ceasefire and peace agreements, threat analysis, greater gender-responsive justice and security sector reform; and for amplifying the voices of survivors and affected communities.

“On this day, we stand united in our unwavering commitment to support survivors and to end impunity for the perpetrators,” they said. “Survivors must be seen by their societies as the holders of rights, to be respected and enforced, in times of war and peace”.

Natalia Kanem, chief of the UN Population Fund, UNFPA, pointed out that “when wars begin, so does the terror and devastation of sexual violence”.

“The bodies of women and girls become battlefields. Rape is used as a weapon of war just as surely as the bomb that blows up a building or the tank that ploughs through a crowd,” she spelled out.

She elaborated on the many consequences of sexual violence, from brutalized bodies to scarred minds.

It silences and shames women, she said, sowing fear and insecurity and leaves a destructive legacy through prolonged disability, sexually transmitted infections, lost wages, health-care costs and stigma for survivors and their families.

Ms. Kanem reminded that sexual violence is a “violation of human rights and a crime under international humanitarian law” that should never be ignored, excused or downplayed. “In fact, it should not happen at all”.

“It points to the scale and ubiquity of gender inequality and gender-based violence in all societies, everywhere, an unacceptable reality that is only exacerbated by crises and conflict,” she stated.

Regardless of circumstances, all women and girls have inherent rights to be safe, to live in peace and with dignity, to enjoy freedom and equality.

The UNFPA chief vowed to stand behind survivor-centred investigations and prosecutions of allegations of sexual violence and to do “everything possible to disrupt the gender inequalities that feed all forms of gender-based violence”. 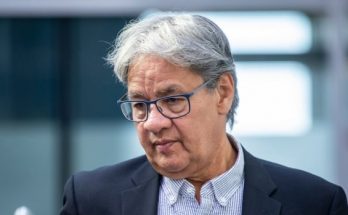 Ed John, a prominent Indigenous leader charged with sex crimes dating back to 1974 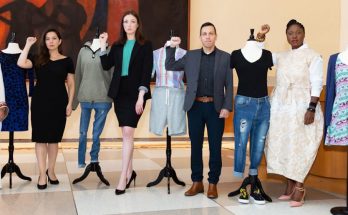 ‘I will never stop telling my story’: Confronting victim-blaming for sexual assault 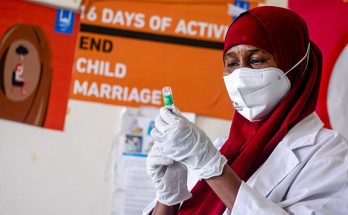 More women work in health and care but they earn 24 percent less than men: UN report