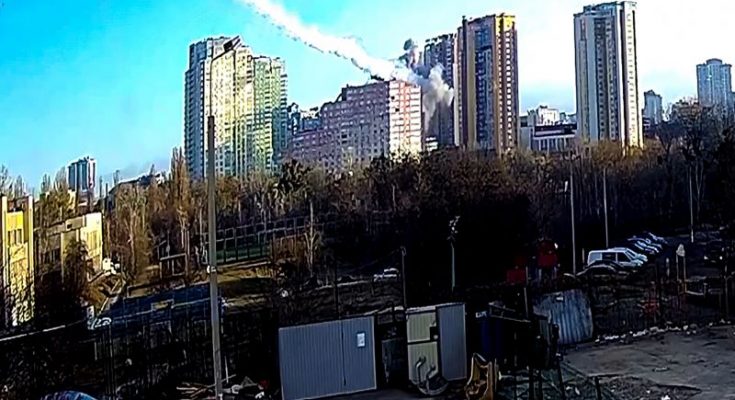 IBNS: Russia on Saturday accused Ukraine of prolonging the conflict by refusing negotiations as its forces approached Kyiv even as Ukrainian President Volodymyr Zelensky said the Kremlin’s attempt to capture the country and throw him out of power had been thwarted.

Earlier, Zelensky, who rejected offers of evacuation, said his pro-Western country wouldn’t bow down to Kremlin.

“I am here. We will not lay down any weapons. We will defend our state because our weapons are our truth,” he said in a video message.

Meanwhile, Russia continues to advance even as Ukraine’s army said Saturday it had foiled a Russian attack on one of the capital city Kyiv’s main avenues.

The Ukrainian soldiers repulsed the attack hours after President Zelensky warned Moscow would attempt to take the city before dawn, AFP reported. Civil volunteers have also joined the fight to aid the army to repel the Russian forces.

In a separate post, the army said “heavy fighting” was underway in the town of Vasylkiv south of Kyiv, adding that Russia was “trying to land paratroopers”, the AFP report stated.

The military also said it had shot down a Russian helicopter and SU-25 aircraft at around midnight on Saturday, and posted that an IL-76 military transport plane had been destroyed, it added.

The communication between Kremlin and Ukraine has come to a pause after both sides disagreed over the location for negotiations to end the conflict.

While Russia offered to hold the talks with Ukrainian officials in the Belarusian capital Minsk, Ukraine proposed Warsaw as a venue.

Russia has vetoed the draft UN Security Council resolution that would have opposed Moscow’s attack on Ukraine.

The outcome of the resolution couldn’t go against Russia because of its veto power available only to the permanent members of UNSC: France, China, Russia, the United States, and the United Kingdom.

Despite this, voting is done, apparently as a means to determine which countries oppose or favour a motion, or want to maintain a neutral stand if they abstain from the process.

In this case, eleven of the council’s 15 members voted for the motion. China, India and the UAE abstained.

Ukraine has said more than 1,000 Russian soldiers had been killed so far. Russia did not release casualty figures.

Following Russia’s invasion, the United States and the European Union have added Russian leader Vladimir Putin and Foreign Minister Sergei Lavrov to their sanctions list as they try to build up pressure on the Kremlin.