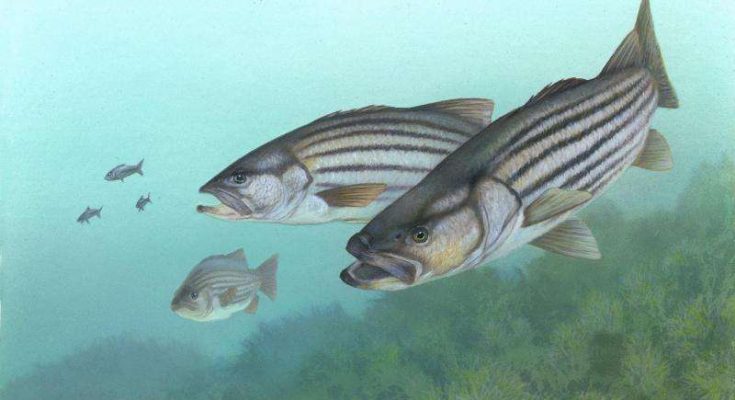 A new study by Yale ichthyologists provides a clearer picture of species diversity among black basses—one of the most cherished and economically important lineages of freshwater gamefish. Their findings can help guide the conservation and management of bass species that are both prized by anglers across the globe and ranked among the world’s most invasive organisms.

A new study by Yale ichthyologists provides a clearer picture of species diversity among black basses—one of the most cherished and economically important lineages of freshwater gamefish. Their findings can help guide the conservation and management of bass species that are both prized by anglers across the globe and ranked among the world’s most invasive organisms.

For the study, published June 6 in the journal Scientific Reports, researchers used genomic analysis to more accurately delineate the places of 19 black bass species in the tree of life. Importantly, the analysis revealed that two popular species—the largemouth bass and Florida bass—have been misclassified over the past 75 years. The scientific names Micropterus salmoides and Micropterus floridanus have been incorrectly applied to the largemouth bass and Florida bass, respectively.

While the phylogeny, or evolutionary history, of black bass probably isn’t top of mind for most anglers, it is vitally important to conserving species diversity and responsibly managing the gamefish, Kim said.

“Our work not only provides a novel perspective on the diversity of black bass species, but it also offers a phylogenetic roadmap for protecting biodiversity,” said Kim. “Relocating species from their natural ranges and mixing them for the purpose of stocking ponds and lakes can threaten species diversity. Understanding the boundaries between species protects the bass as well as the fisheries and ecosystems where they live.”

Kim co-authored the study with Thomas Near, professor of Ecology and Evolutionary Biology in Yale’s Faculty of Arts and Sciences, and Andrew Taylor of the University of Central Oklahoma.

The researchers performed genomic analysis of DNA from 394 specimens representing all recognized black bass species, as well as identified species that presently lack scientific descriptions, throughout the geographic regions where they are found. The samples included specimens collected by the authors and their colleagues between 2002 and 2020. It also included specimens from the Yale Peabody Museum and other museums as well as government wildlife agencies.

It was the first time this genomic analysis was applied to black basses. The results were surprisingly different than previous analyses that used different approaches, Kim said.

In addition to discovering the misclassification of Florida bass and largemouth bass, the analysis validated three well-known species that presently lack scientific descriptions: Bartram’s bass and Altahama bass in the Red Eye bass species complex, and the Choctaw bass in the popular spotted bass complex.

The study also recognized two undescribed species currently classified as smallmouth bass that inhabit the Little River system in southeast Oklahoma and the Ouachita River system in northwest Arkansas, respectively. Agriculture has degraded habitat conditions in the two rivers, meaning conservation efforts are needed to protect both species. As members of the smallmouth bass complex, the species need colder, faster flowing streams with a series of pools and riffles. Today, such habitats remain only in several upstream tributaries of the two rivers, Kim said.

For example, recreational fisheries might mix Florida bass and largemouth bass as both are incorrectly listed in field guides under Micropterus salmoides. The Florida bass is large, aggressive, and a strong fighter, making it desirable for sport fishing. When the two species are stocked together, they will start producing hybrids, he said.

“Overall, hybrids tend to be less fit and less able to survive to reproduction,” said Near, the Bingham Oceanographic Curator of Ichthyology at the Peabody Museum. “When fisheries mix two species, the resulting hybrids can end up crashing both species populations.”

Largemouth bass and Florida bass have been stocked throughout the world since the 1880s. The International Union for Conservation of Nature identifies Micropterus salmoides as invasive. While Kim was growing up in South Korea, invasive largemouth bass were prized by anglers but also considered a serious problem, he said.

“This study showed that largemouth bass are part of a species complex, which wasn’t known before,” he said. “It made me realize that largemouth bass were stocked throughout South Korea and East Asia, but they don’t actually know what specific species they are dealing with. Our work can help address this issue and support better management and conservation.” 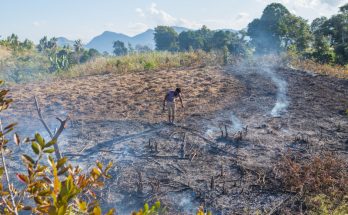 Here’s what happens if the world loses its rainforests