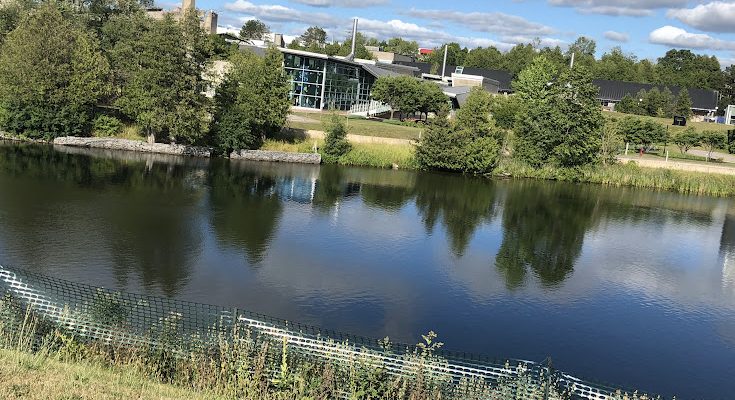 Situated on the Otonabee River in Ontario, Canada, known as the gateway to the Kawarthas, “cottage country”, the city of Peterborough is a large recreational region of the province.

Named in honor of Peter Robinson, an early Canadian politician who oversaw the first major immigration to the area, the city is the seat of Peterborough County.

The current mayor of Peterborough is Diane Therrien.

In the distant past, Peterborough’s nickname was “The Electric City” as it was the first town in Canada to use electric streetlights.

Electricity was one of the reasons Quaker Oats moved to the city, and as part of PepsiCo remains a major fixture in the downtown area.

It also underscores the historical and present-day importance of technology and manufacturing as an economic base of the city with operations from large multi-national companies such as Siemens, Rolls-Royce Limited, and General Electric, and more local businesses such as Merit Precision Ltd., Dynacast, and Bryston.

However, over the years the number of major manufacturing plants has declined, and General Electric closed its last remaining facility in 2018.  As a result, employment has been shifting toward the service industries with tourism at present being the leading industry in the area.

The first major events of the 20th century in Peterborough occurred in 1904 with the completion of the Peterborough Lift Lock on July 9, eight years after construction was initially approved.

No external power is needed: the lift lock functions by gravity alone using the counterweight principle. One caisson always ascends and the other always descends during each locking cycle. When one caisson reaches the top position, it stops 12 inches (30 cm) below the water level of the upper reach, and the control valve is closed. The upper reach and top caisson gates open, and water flows into the top caisson until the level equalizes.

Any vessels that just ascended in the top caisson exit into the upper reach, and any new vessels making a transit of the lock then enter the bottom or top caisson from the lower or upper reach respectively. Once the vessels are secured, all gates are closed and open the crossover valve in the connecting pipe between the ram shafts.

When the gate of the newly descended top caisson and lower reach gates open at the bottom, the extra foot of water flows out and equalizes with the water level in the lower reach of the canal, and any descended vessels exit, allowing the cycle to start over again.

Reportedly opened in 1904 and designated as a Canadian National Historic Site, this is the highest hydraulic lift lock in the world. 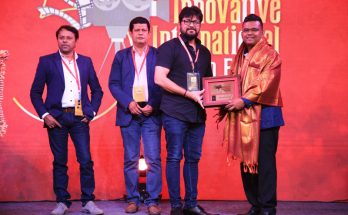 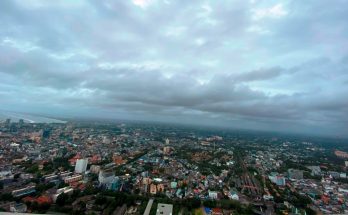 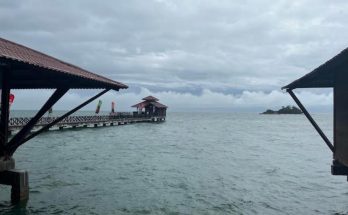