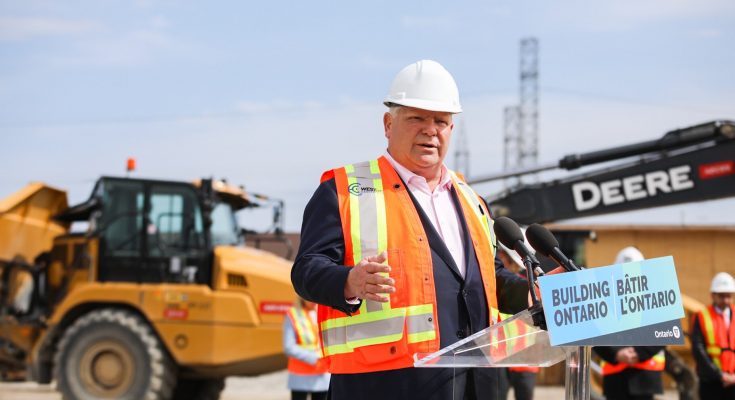 Toronto/CMEDIA: Tunneling of the Eglinton Crosstown West Extension has officially been started by the Ontario government marking a key milestone for the seven-stop extension that will bring reliable, modern rapid transit to communities in Etobicoke and Mississauga.

“Our government is getting it done and delivering the largest subway expansion in Canadian history. We are…building world-class transit that will make life easier for the people of the GTA …spurring economic growth for decades to come,” Ontario Premier Doug Ford said in a news release

Two tunnel boring machines at the Renforth launch shaft site will dig the over six-kilometre twin tunnels underground along Eglinton Avenue West, forming the underground section for the extension between Renforth Drive and Scarlett Road. The machines will operate approximately 20 metres deep and move about 10 to 15 metres a day.

“Under Premier Ford’s leadership, our government is building better public transit, relieving gridlock on our roads and unlocking job and housing opportunities. We are working at an unprecedented pace to make progress on each of our priority subway projects and the start of tunneling on this project is a key indicator that we’re getting the job done,” Caroline Mulroney, Minister of Transportation said in the news release.

Ontario’s bold transit plan for the Greater Toronto Area includes a commitment of nearly $17 billion from the province for construction.