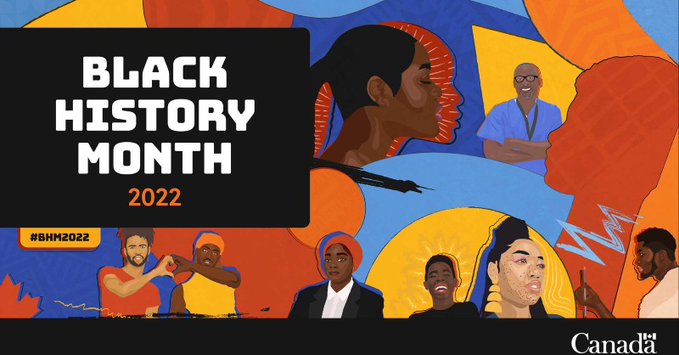 Ottawa/CMEDIA: Every February, Canadians observe Black History Month to honor, celebrate, and learn about the contributions of Black Canadians and their communities to make Canada a culturally diverse, compassionate, and prosperous country.

Black history has shaped and continues to shape our society, and we should recognize its place in Canadian history.

In December 1995, the House of Commons officially recognized February as Black History Month in Canada following a motion introduced by the first African Canadian woman elected to Parliament, Jean Augustine. The House of Commons carried the motion unanimously.

Senator Donald Oliver, the first Black man appointed to the Senate in Feb 2008, introduced the Motion to Recognize Contributions of Black Canadians and February as Black History Month. It received unanimous approval and was adopted on March 4, 2008. The adoption of this motion completed Canada’s parliamentary position on Black History Month.

“February and Forever: Celebrating Black History today and every day

For hundreds of years—even before Canada became a country—Black communities have made important contributions to our social fabric and to building the country that we know today.

Inspired by his trip to Washington, DC, in 1915 to participate in a national celebration of the 50th anniversary of nationwide emancipation, Dr. Carter G. Woodson helped form the Association for the Study of African American Life and History, the sponsors of Black History Month.

In 1926, Dr. Woodson created the celebration of “Negro History Week” during the second week of February timed with the birthdays of Lincoln and Douglass. Fifty years later, the weeklong celebration became a month-long and has been recognized by the presidential proclamation every year since.

“Building a more inclusive Ontario also means investing in Black communities and the next generation of Black leaders. It means working with Black children, youth, and families to achieve their potential. That is why our government is investing in the Black Youth Action Plan to help youth and young adults build their careers and achieve economic success. We are also introducing a new Racialized and Indigenous Support for Entrepreneurs grant to support the needs of Indigenous, Black, and other racialized entrepreneurs and accelerate small business growth that will benefit the broader community,” Ontario Premier said in a statement today.

Anti-Black racism continues to drive health inequities in Canada as the pandemic further amplified resulted in an unjust distribution of power, resources, and opportunities to discriminate against Black communities.

“The Government of Canada recognizes the significant and unique challenges faced by Black Canadians. To address this, the Public Health Agency of Canada’s (PHAC) launched Promoting Health Equity: Mental Health for Black Canadians Fund. Through the Fund, PHAC will partner with community-based organizations, researchers, and others in Black communities to generate culturally focused programs and interventions that address mental health and its determinants for Black Canadians”, said Canada’s Minister of Health in a statement.

Jean Augustine, the first Black woman to serve as a federal Minister of the Crown and Member of Parliament, once said: “Black history is Canadian history.”

The Library of Congress, National Archives and Records Administration, National Endowment for the Humanities, National Gallery of Art, National Park Service, Smithsonian Institution, and the United States Holocaust Memorial Museum join in paying tribute to the generations of African Americans who struggled with adversity to achieve full citizenship in American society.