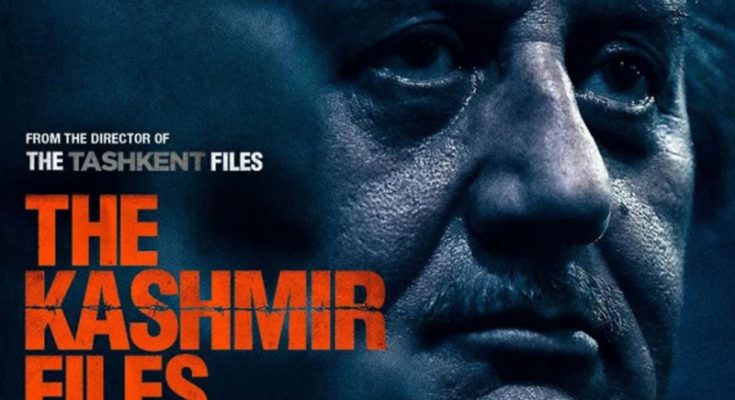 IBNS: New Zealand’s former deputy prime minister Winston Peters has voiced his support over the release of The Kashmir Files in his nation and said it will be an attack on the freedom of New Zealanders and people worldwide if the movie is not unveiled in his country.

“The ‘Kashmir Files’ has been shown in America, Australia, India and many other locations around the world. To date the film has been viewed by over 1.1 billion people,” Peters wrote on Facebook.https://www.facebook.com/plugins/post.php?href=https%3A%2F%2Fwww.facebook.com%2Fwinstonpeters%2Fposts%2F507128480785114&show_text=true&width=500

“The film is about true and real events surrounding the 1990 ethnic cleansing of Hindus in Kashmir and today over 400,000 Kashmir Pandits remain in exile after 32 years,”he said.

“To censor this film is tantamount to censoring information or images from the March 15th atrocities in New Zealand, or for that matter removing from public knowledge all images of the attack on 9/11,” he said.

The politician further said: “Mainstream Muslims have both in this country and around the world readily and rightly denounced all forms of terrorism on the basis that committing violence in the name of Islam is not Muslim. Neither should steps taken against Islamophobia mistakenly lead to the shielding of terrorists in the name of Islam.”

He said: “Terrorism in all its forms, no matter what its source, should be exposed and opposed. This attempt at selective censorship would amount to one further attack on the freedom of New Zealanders and people worldwide.”

“Some communal groups are trying to put pressure on New Zealand Censor to ban #TheKashmirFiles. I request all Indians to be united and oppose this undemocratic tactic by radicals with utmost humility and release this film about HUMANITY and HUMAN RIGHTS. #FOE,” he tweeted.

According to reports, the movie has not been banned by the country’s censor body.

However, Chief censor David Shanks claimed members of the Muslim community had approached him with concerns that the film “could raise anti-Muslim sentiment and potential hatred”.

The film is due to be released in New Zealand on March 24 with an R16 certificate.

Speculation about the Classification Office’s actions and motivations had been “running rife”, chief censor David Shanks told Stuff, but “this isn’t a case of banning the film”.

It was a “complex situation”, he told Stuff, as the concerns focused on behaviors on and offline in relation to the film, rather than the content of the film itself.

The initial classification had been issued without the knowledge of these concerns, he said.

Shanks could not say how long the review would take but said the film’s distributor had advised they could hold off releasing the film in New Zealand.