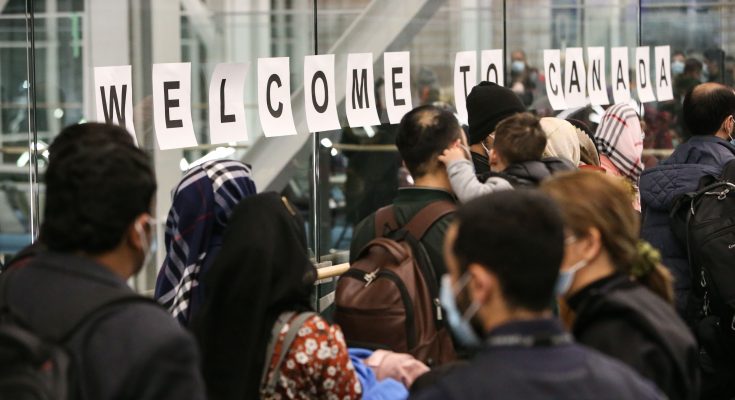 Ottawa/CMEDIA:  Canada has already welcomed over 9,400 Afghan refugees, with more arriving every week and is working hard to resettle at least 40,000 Afghan nationals as quickly and safely as possible.

This week, Minister of Immigration, Refugees, and Citizenship, Sean Fraser, traveled to Alberta this week to meet with Resettlement Assistance Program service provider organizations (RAP SPOs), stakeholders, Afghan newcomers, and Afghan human rights defenders to see first-hand the contributions of key partners who are working to resettle Afghan refugees in their new communities.

While in Calgary, Minister Fraser toured a point-of-entry hotel where Afghan refugees stay after they are in Canada, before relocating to communities across the country, did a walk-through of the check-in process, and visited a pop-up medical clinic for refugees.

He also met with Fariborz Birjandian, Chief Executive Officer at the Calgary Catholic Immigration Society (CCIS), a RAP SPO and heard more about settlement and newcomer outreach services offered by the CCIS, including welcoming refugees at the airport upon arrival, supporting refugee children in the school system, and helping refugees secure and retain employment.

While in Edmonton, Minister Fraser took part in a soccer match with Afghan children and met with newly arrived families.