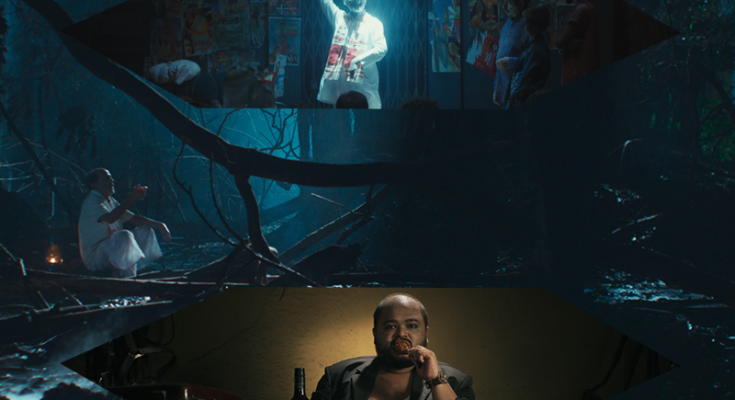 TWF: The Horse from Heaven by Assamese director Maharshi Tuhin Kashyap has recently been selected for the ‘Best Live Action Short Film competition’ at the Oscars. While exploring this genre of films, Shoma A. Chatterji finds that for the director, cinema is also about hope

The selection of The Horse from Heaven for the Oscars draws the attention of the Indian audience in general to the slow and steady rise of short films in the international cinematic arena. Earlier, people tended to shy away from short films for want of exhibition outlets for public screening. Now with streaming sites like YouTube, Netflix, and so on, this barrier is slowly disappearing.

The term ‘short film’ was coined in North America in the 1910s when most feature films had a long running time. Proponents of short films offering brief stories centered on live action in the form of animated cartoons such as Walt Disney shorts, films by Charlie Chaplin, Buster Keaton, and Laurel and Hardy which were hilarious and satirical at the same time. Norman McLaren of the National Film Board of Canada made astounding one-minute and two minutes animation films which have stood the test of time. The Capalbio Film Festival in Italy is known for giving a celebratory platform to short films that run anywhere between one and twenty minutes. Filmmaker Gautam Ghose, a jury member at Capalbio some years ago, planted the seed for the Kalpanirjhar International Short Film Festival in Kolkata. It is organized jointly by the Kalpanirjhar Foundation and the Goethe-Institut, Max Mueller Bhavan. In 2007, the Foundation introduced its first-ever prize for the best entry in the India Selections.

One small example is Joshy Joseph’s 18-minute documentary Wearing the Face. The film unfolds the strikingly unusual story of the rickshaw-pullers of Manipur, who cover their faces to escape recognition because of the total number of rickshaws in Manipur, only half are legally licensed and therefore, eligible to ply on the streets of Manipur. The film explores the dilemma of this self-willed ‘anonymity’ poses to the passengers on the one hand and the helplessness of the rickshaw pullers who need to earn a living, on the other.

Kashyap, a graduate of Kolkata’s Satyajit Ray Film & Television Institute, unfolds the story of a man who believes that he has the fastest horse in the world. He names it ‘Goti’ and keeps repeating, “Goti means Speed” and takes it to the city to win at the horse races. However, it is not a horse but a donkey. But he draws a strange thrill from the self-created alternative world he lives in.

Asked what motivated the idea, Kashyap says, “It feels like a goodbye gift from my grandmother who I had barely known. She had passed away and while her cremation was going on, my father and I, obviously emotional, sat beside a pond and were discussing the trees he had planted beside the pond. Out of nowhere, we encountered this man who started bragging about his horse, the most beautiful one he had ever seen. I was annoyed but he kept on talking about how Goti won’t even eat food lying around unless he fed him; the horse once carried him around the village. People teased him saying they would buy the horse for double or triple the price but he ignored them saying the horse would get him much more money once it grew up. At one point we left. While returning, I asked my father what he thought of the man. He said no one would buy a horse for four thousand rupees as he claimed. That’s how the idea struck me. What if what he took for a horse was a donkey?”

The 15-minute film can be interpreted as a surrealistic dream world the old man lives in to get rid of his loneliness, to imagine Lord Indra’s horse has landed outside his door. The horse is not a reality but a dream.

The cinematography and the lighting are magically enriched by realistic performances by veteran Assamese actor Atul Pachani.

Pachani has acted in many Assamese films as a comedian. Though he has been visible in Assamese films over the past two decades, he has mainly done comedy roles. Other than the National Award-winning film Haladhar, his performance in The Horse from Heaven is his best to date. Kashyap says, “Pachani Sir is an extremely grounded person who was with me throughout the script writing process, reading and commenting on each draft. I barely had to direct him on the set. He mostly knew what I wanted and would get it done over one or two takes.”

According to Kashyap, “Every character in the film is a donkey. Goti, Kuxhol-the storyteller, Kuxhol’s audience  inside the film (or outside too?), Abdullah- the horse owner whose grand expectations get him a donkey instead, and Godot who also believes Kuxhol’s donkey to be a horse.”

“Across cultures, donkeys and horses have had the same symbolic connotation- donkeys are slow and dumb, whereas, horses are fast and intelligent. Is being a donkey bad? Does it even matter if Kuxhol had a donkey or a horse?” Kashyap sums up.

Elaborating on his interest in films, Kashyap says, “I have grown in the midst of the endless separatist movement and violence. So I carry with me the collective consciousness of land whose stories and cultural ethos are less known. Even amidst memories of violence, hope lets everyone survive. Cinema to me is hope. I see life as an absurd comedy, and this tempts me to express this through cinema. The turning point happened when in my eighth standard in school, I heard that Slumdog Millionaire had won a few Oscars. Something happened inside me, and I decided that I’ll one day win an Oscar for India by making a film about India.” 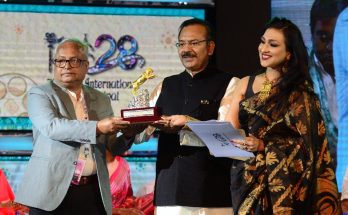 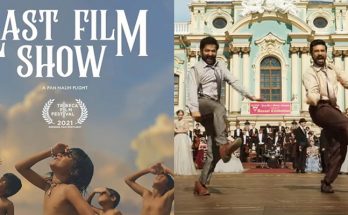 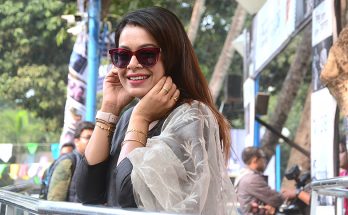 I feel music is also a kind of acting, a singer too possesses an acting self: singer-turned-actor Iman Chakraborty