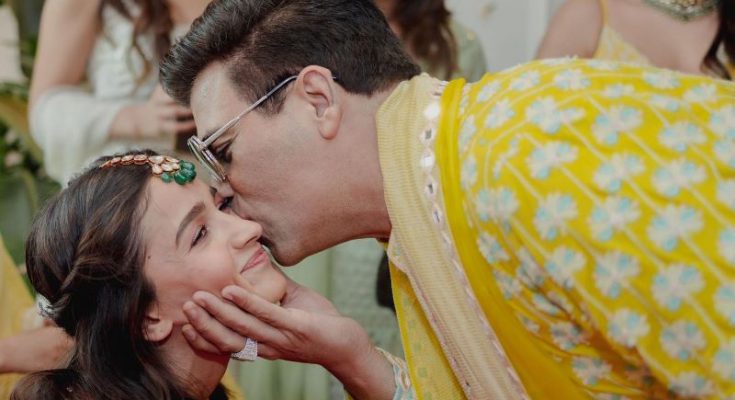 Mumbai/IBNS: Bollywood filmmaker Karan Johar‘s intimacy with leading Hindi film actor Alia Bhatt is not unknown. In fact, it was Johar who had given Bhatt her first Bollywood break.

Twelve years after she made her debut as a lead actor in Student of the Year, Bhatt took social media by storm announcing her pregnancy with her actor husband, Ranbir Kapoor just last month.

Reacting to Bhatt’s pregnancy news, Johar said in an interview with ETimes, “I share such a strong bond with her. I can’t wait to hold her baby in my arms. It will be a very emotional moment, as close to when I held my own children.”

“It feels like your baby is having a baby. It was a very emotional moment for me, it still is! I’ve seen her from a girl transforming into an outstanding artiste, into this wonderful self-assured woman,” he also said.

On the work front, Johar’s popular chat show Koffee with Karan season 7 will premiere exclusively on Disney Plus Hotstar Jul 7.

Bhatt along with her Gully Boy co-star Ranveer Singh will be the guest in the inaugural episode of the seventh season of Koffee with Karan.

Bhatt Tuesday released the teaser of her upcoming project Darlings, which she along with superstar Shah Rukh Khan’s Red Chillies Entertainment are co-producing.