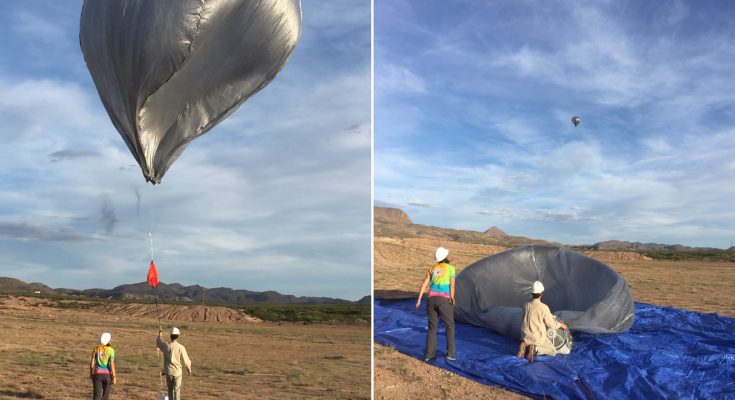 About 1 kilometer under the sea lies a sound tunnel that carries the cries of whales and the clamor of submarines across great distances. Ever since scientists discovered this Sound Fixing and Ranging (SOFAR) channel in the 1940s, they’ve suspected a similar conduit exists in the atmosphere. But few have bothered to look for it, aside from one top-secret Cold War operation, https://www.science.org reports said.

Now, by listening to distant rocket launches with solar-powered balloons, researchers say they have finally detected hints of an aerial sound channel, although it does not seem to function as simply or reliably as the ocean SOFAR. If confirmed, the atmospheric SOFAR may pave the way for a network of aerial receivers that could help researchers detect remote explosions from volcanoes, bombs, and other sources that emit infrasound—acoustic waves below the frequency of human hearing.

“It would help enormously to have those [detectors] up there,” says William Wilcock, a marine seismologist at the University of Washington, Seattle. Although seismic sensors in the ground pick up most of the planet’s biggest bangs, “some areas of the Earth are covered very well and others aren’t.”

In the ocean, the SOFAR channel is bounded by layers of warmer, lighter water above and cooler, denser water below. Sound waves, which travel at their slowest at this depth, get trapped inside the channel, bouncing off the surrounding layers like a bowling ball guided by bumpers. Researchers rely on the SOFAR channel to monitor earthquakes and eruptions under the sea floor—and even to measure ocean temperatures rising from global warming.

After geophysicist Maurice Ewing discovered the SOFAR channel in 1944, he set out to find an analogous layer in the sky. At an altitude of between 10 and 20 kilometers is the tropopause, the boundary between the troposphere, the lowest layer of the atmosphere (where weather occurs), and the stratosphere. Like the marine SOFAR, the tropopause represents a cold region, where sound waves should travel slower and farther. An acoustic waveguide in the atmosphere, Ewing reasoned, would allow the U.S. Air Force to listen for nuclear weapon tests detonated by the Soviet Union. He instigated a top-secret experiment, code-named Project Mogul, that sent up hot air balloons equipped with infrasound microphones.

The instruments often malfunctioned in the high winds, and in 1947, debris from one balloon crashed just outside of Roswell, New Mexico; that crash sparked one of the most famous UFO conspiracy theories in history. Soon after, the military disbanded the project. But the mission wasn’t declassified for nearly 50 years. By then, Cold War tensions had settled and research in atmospheric acoustics had all but died out, says Stephen McNutt, a volcanic seismologist at the University of South Florida. “All of a sudden, the rug got pulled out, and infrasound wasn’t funded for 30 or 40 years,” he says.

But Sarah Albert, a geophysicist at Sandia National Laboratories in New Mexico, never gave up on the idea. She was intrigued by the potential of new solar-powered balloons that can float passively at stable altitudes and wireless telemetry that can broadcast data continuously over long ranges.

Equipped with modern technology, she and her colleagues drove to an airport near Albuquerque and on 14 April 2021 launched a balloon at sunrise. They timed the flight to coincide with the launch of Blue Origin’s New Shepard rocket, which was taking off more than 400 kilometers away in Van Horn, Texas. Floating within the presumed sound channel, the balloon picked up three clear signals from the rocket—one when it launched, and two more when it ascended and descended through the tropopause, the researchers revealed last week at the annual meeting of the Seismological Society of America. The observation marks the first verified infrasound detection of a distant airborne source with an airborne receiver, Albert says.

But to their surprise, the scientists also picked up other sounds in the channel. “There’s infrasound events of unknown nature that occur several times per hour,” says Daniel Bowman, a geophysicist at Sandia and collaborator on the project. “And there’s no good explanation.”

To make matters even more confusing, the team repeated the experiment with another rocket launch out of Vandenberg Air Force Base in California on 27 September 2021 and saw no signal at all. Although this new rocket launch was three times farther away than the one in Texas, they still expected the atmospheric SOFAR channel to carry the sound waves from the rocket to the balloon, Albert says.

“I do believe that there’s an atmo-SOFAR channel that exists,” Albert says. “But I’m not as confident it exists all of the time, and that it can channel sound as far as we had previously thought.” That makes sense, she adds, because winds and temperature variations make the tropopause a much more dynamic place than the stable ocean channel.

Going forward, the researchers plan to listen to launches with multiple balloons staggered at different altitudes to figure out where the channel’s effects are strongest. They also plan to test the range of the signals and investigate the mysterious background noise.

Understanding how the channel functions could help lay the groundwork for a future aerial infrasound network, which would monitor Earth constantly for major explosions and eruptions, Albert says. “In areas where there are volcanoes and limited infrasound networks, having a balloon or balloon network in the air could fill in that gap.”

When Hunga Tonga-Hunga Ha‘apai erupted in Tonga in January, for example, the closest ground-based detector was more than 750 kilometers away, McNutt says. Having a balloon array in place could help determine the location, time, and size of these remote incidents.

“The Earth is three-quarters water, and instruments don’t like being on the water,” Bowman says. “Having an airborne perspective … allows us to ask questions you simply can’t ask on the ground.” 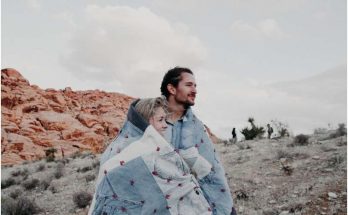 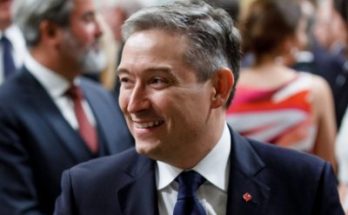 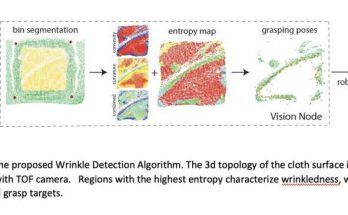