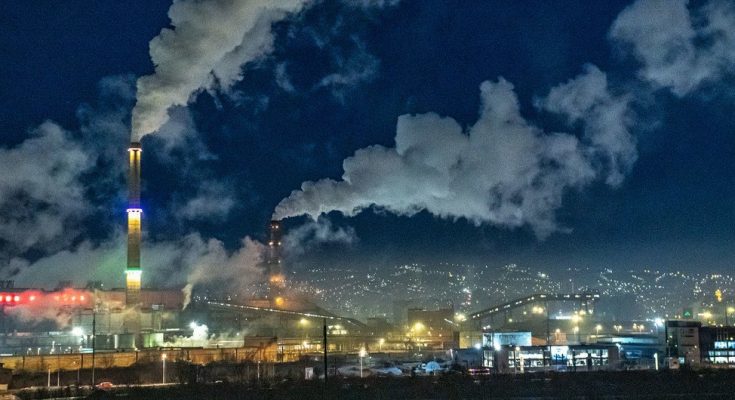 Noting that fossil fuels are responsible for most of the harmful emissions that are linked to acute and chronic sickness, the World Health Organization (WHO) called for tangible steps to curb their use.

The UN agency also urged more governments to take note that it has made significant revisions to its air quality indicators, including for particulate matter – known as PM2.5 – that can enter the bloodstream, along with nitrogen dioxide (NO2), another common urban pollutant and precursor of particulate matter and ozone.

“It has been recognized that air pollution has an impact at a much lower level than previously thought,” said Dr. Sophie Gumy, Technical Officer at WHO’s Department of Environment, Climate Change and Health.

The agency’s data indicates that 4.2 million people die from exposure to outdoor air pollution, in addition to the 3.8 million whose deaths are linked to household smoke produced by dirty stoves and fuels.

And based on WHO’s the mathematical modeling of available air pollution data from 80 percent of the world’s urban areas, it indicates that almost every one of us faces an increased risk of heart disease, stroke, lung disease, cancer, and pneumonia.

As depressing and as dangerous as this situation is, the UN health agency insists that momentum has been growing for better air quality everywhere in the last decade.

Proof of this is the fact that more than 6,000 cities in 117 countries now monitor air quality, compared to 1,100 cities in 91 countries a decade ago.

Smog fills the skyline of the city of Toronto, Canada. © Unsplash/Kristen Morith

Achieving cleaner air is also one of the 17 Sustainable Development Goals, and an increasing number of UN agencies have passed resolutions urging Member States to address the health impacts of smog-filled air.

Welcoming the increasing number of cities that have begun to measure air quality for the first time, Dr. Maria Neira, Director, WHO Department of Environment, Climate Change and Health, said that it was particularly significant that data is also being gathered on nitrogen dioxide.

NO2 “is a proxy indicator for traffic and it’s telling us what is happening at urban level and how this gas that we know that is so damaging and causing so many of respiratory diseases – one of them being asthma – is increasing in many cities around the world.”

Despite this progress, “the bad news is that we still have a majority of cities who do not comply with the air quality guidelines,” said Dr. Gumy. “The people living in them are still breathing unhealthy levels of fine particulate matter and nitrogen dioxide, with people in low and middle-income countries suffering the highest exposures.”

Released ahead of World Health Day on 7 April, the 2022 update of the World Health Organization’s air quality database includes for the first time ground measurements of nitrogen dioxide (NO2) and particulate matter with diameters equal to or smaller than 10 microns (PM10) or 2.5 microns (PM2.5).  Both groups of pollutants originate mainly from human activities related to fossil fuel combustion.

The new air quality database is the most extensive yet in its coverage of air pollution exposure on the ground, WHO says.  Some 2,000 more cities/human settlements now record ground monitoring data for particulate matter, PM10 and/or PM2.5, than the last update. This marks an almost six-fold rise in reporting since the database launched in 2011.