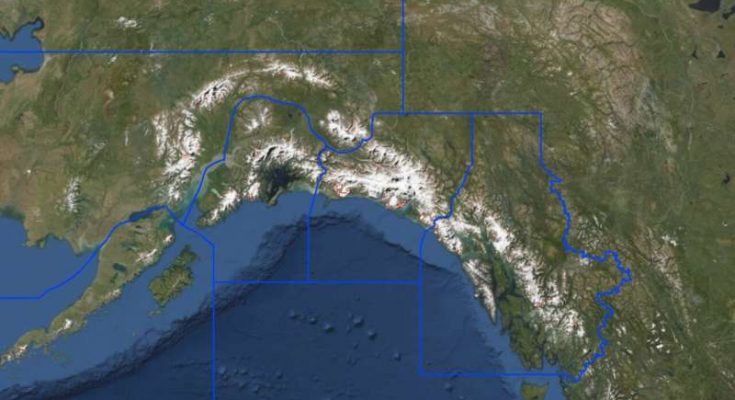 Colorado (United States)/Brianna Rick, a doctoral student in the Department of Geosciences at Colorado State University, has been conducting research in Alaska for several years. She’s developed an interest in studying glacial lakes, bodies of water that form near glaciers, which can impact glacier behavior and drain catastrophically, www.phys.org/ news reports said.

“Floods that originate from these lakes can have devastating impacts on the downstream ecosystem, human infrastructure, and communities,” said Rick, also a National Science Foundation Graduate Research Fellow.

Alaska and northwest Canada have more than 27,000 glaciers, which account for the second-largest area of ice in the world outside of Greenland and Antarctica. In part, because large portions of the region are sparsely populated, there hasn’t been a comprehensive survey of glacial lakes, until now.

Rick and a team of researchers—including CSU Assistant Professor Dan McGrath—have produced a detailed inventory of glacial lakes and dams over a 35-year timeframe from 1984 to 2019 in Alaska and northwest Canada.

Their study was published on Jan. 25 in The Cryosphere, an open-access journal of the European Geosciences Union.

McGrath said that the new research is an essential first step in assessing hazards associated with these lakes and understanding why lakes have changed in recent decades.

“With this analysis, we can look at how the lakes have changed and where those changes are occurring,” he said.

One hurdle for this study is the vast area of the region. To overcome this, Rick leveraged Google Earth Engine, a cloud-based geospatial platform, to analyze more than 6,000 satellite images. What the team found is that the number of lakes and their cumulative area has increased by 38 and 59%, respectively. This resulted in more than 185 square miles of new lake area—an area approximately equivalent to Lake Tahoe in California and Nevada.

These details are important for predicting how they will evolve in the future, McGrath said.

Suicide Basin, a glacial lake dammed by Mendenhall Glacier and located near Juneau, Alaska, has been draining almost every year since 2011. This draining can cause flooding at the adjacent campground and on trails and roads, said Rick. As a result, the site is one that is heavily monitored due to the immediate impacts.

Alaska is incredibly large and large portions are remote, she added, and unfortunately not all glacial lakes can be monitored closely.

“The satellite-based approach that we’ve used provides a much more systematic tool for tracking these lakes,” Rick said. “As glaciers around the world thin and retreat due to warming temperatures, studies of this type are essential for documenting associated changes in these environments.”

Policymakers, others can use data to assess potential hazards

Rick said that the team hopes that the new, unique dataset will be of interest to local governments and other organizations, like the National Park Service.

“There has been increasing interest around risk assessment of natural hazards, such as landslides and glacial lake floods,” she said.

“Floods in the Himalayas have destroyed communities and caused many deaths,” Rick said. She emphasized that while there hasn’t been as much destruction from these floods in Alaska, compared with places like the Himalayas in Asia, it’s still important to continue exploring. Ice-dammed lakes, which are common in this region, can repeatedly fill and drain, producing multiple floods over years, or even within one season.

“Our next step is to use this inventory to quantify the number and patterns in actual flood events originating from these lakes, as satellites provide an unprecedented record,” said McGrath.