New York: Ensuring a healthy and productive ocean that serves the whole planet, is a “collective responsibility” that can only be fulfilled by working together, the UN chief told an celebratory event marking World Oceans Day on Wednesday.

In his message, Secretary-General António Guterres recalled that the triple crises of climate change, biodiversity loss and pollution, are threatening the health of the ocean, “on which we all ultimately depend”.

The ocean produces more than 50 per cent of the planet’s oxygen, is the main source of sustenance for more than a billion people, and provides work through its industries for some 40 million employees.

“Yet, ocean resources and biodiversity are being undermined by human activities”, he warned.

He remined that more than one third of the world’s fish stocks are harvested at biologically unsustainable levels, a significant proportion of coral reefs have been destroyed, and coastal dead zones from land-based pollution are growing.

To achieve the Sustainable Development Goals (SDGs) and the objectives of the Paris Agreement on climate change, he flagged that “we urgently need collective action to revitalize the ocean.”

“That means finding a new balance in our relationship with the marine environment…working together with nature, not against it, and building inclusive and diverse partnerships across regions, sectors, and communities to collaborate creatively on ocean solutions.”

Fortunately, he continued, momentum around the world is growing in that direction.

And in March, countries agreed to work together on a new treaty to end the plastic pollution that is threatening the marine environment.

Meanwhile later this month, he said that the UN Ocean Conference in Portugal will focus on scaling up action, based on science and innovation to achieve Sustainable Development Goal 14 (SDG14), on life below the water.

Discussions in Lisbon will continue on a new agreement focussing on the conservation and sustainable use of marine biological diversity in areas beyond national jurisdiction.

“On this World Oceans Day, I urge all those with a stake in ocean health to come together to revitalize our seas and oceans,” Mr. Guterres concluded.

A window on the sea

The day also saw the unveiling of the winners of the 2022 World Oceans Day Photo Competition.

The UN-hosted contest was curated by underwater photographer Ellen Cuylaerts and photos were selected by a jury comprised of Rathika Ramasamy, Sirachai Arunrugstichai and Y Zin Kim, each a world-renowned photographer or artist.

A winner and two finalists were selected from each of the following six categories: Above Water Seascapes; Coastal Communities; Underwater Sea Scapes; Nature Based Solutions & Ocean Discoveries; Ocean Critters; and Revitalization. 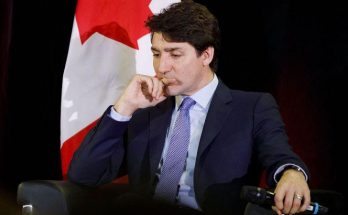