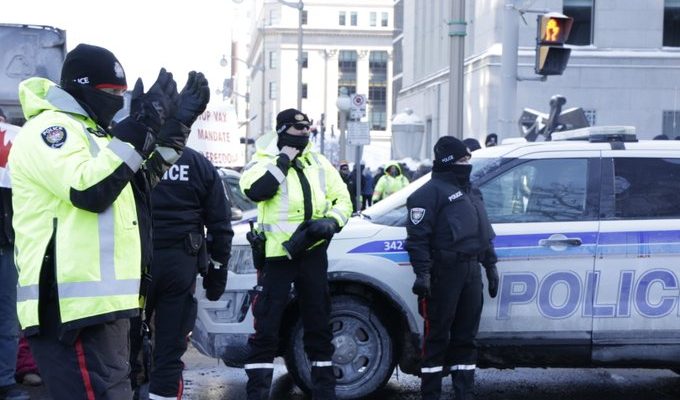 Ottawa/CMEDIA: A hotline has reportedly been set up on Tuesday by Ottawa Police to investigate hate crimes related to the demonstrations in the Canadian capital’s downtown area.

Complaints about hate-related threats have reportedly been made to city councillors, media organizations, and on social media by the residents and organizations across the downtown

“We have the intelligence officers and the investigative officers and multi-jurisdictional support from British Columbia to St. John’s, from Nunavut to the GTA,” Sloly said in a news conference on Monday afternoon.

“No matter where you live, no matter where your vehicles registered, if you’ve come here and committed a crime, you will be investigated. We will look for you, we will charge you. If necessary, we’ll arrest you, and we will pursue prosecutions against you,” he said.

Twelve investigations were open as of Monday, police said.