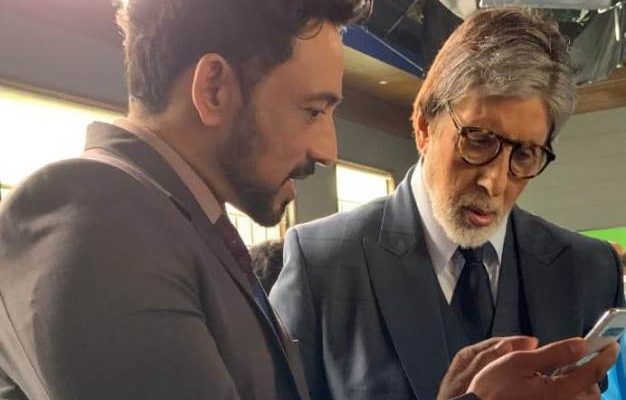 The project features Abhishek Bachchan and now, he has teamed up with Big B in Runway 34. Happy to have got the opportunity to collaborate with his favorite star, Amitabh Bachchan, Hrishikesh feels privileged.

“Working with Abhishek was a lovely experience. He is a wonderful person, a great co-actor, and a nice human being. And, Mr Amitabh Bachchan is Mr. Bachchan. When you work with him and are next to him, you realize his dedication, focus, and the kind of hard work he puts into his films. If we can do even the 5 or 10 percent of what he does, our life is made. He is simply amazing. You will learn a lot from him by even just watching him perform. I worked with him earlier also in an ad film. This is my second collaboration with him. It is always a dream-come-true to work with a living legend,” he says.

Hrishikesh plays the role of Yusuf Rangoonwala in Runway 34. “He is in the aviation industry, a captain and Vikrant’s friend. It is a pivotal character in the narrative. I don’t believe in the length of the role, for me it is important that I am doing it and how you are doing it,” he adds.

Hrishikesh had a good experience of working with Boman Irani and Ajay Devgn in the film too. “Boman sir is a sweetheart. He is very humble and kind. You learn a lot from everyone. Ajay sir is a wonderful director, producer and actor. Being such a huge star, he is so humble and nice. You don’t feel like you are working with these stars as they are down-to-earth and supportive. They made us feel at home and comfortable. Everyone was cooperative. Boman sir is a lovely photographer and many times it happened that he clicked my picture when I was sitting in the corner or doing something. Ajay sir is a prankster. He did some masti on sets during April fool and,” he says.

Praising Ajay’s directorial skills a little more he adds, “From childhood, Ajay sir has been behind the camera, he is very sorted and knows what he wants. He knows the kind of shot that is required and for actors, he is an ideal director as he makes you comfortable and gives you the liberty to perform,” he adds.

On his feelings of doing a Bollywood project after over two decades, he says, “Television, I feel, is like a newspaper that you read every day and you are used to it, films are like Granths and books. Films are films. No doubt television has given us a lot, is always there and will always be a part of our existence but films are films and the pattern and things of working are so different and interesting. TV has been closer as I started my career from there. Initially, of course I worked in films and then again got back to TV. I would definitely love to do films and web. The working pattern is definitely different in both these mediums. In films, you really have so much time to work on your character. On TV there is something different every day, there is no character sketch. It keeps changing as per TRP.”

So what’s more important to him now to be seen in a film or a stable TV show or a web series? “I never thought that only TV or only films are important to me. I have been doing TV for a very long time and would love to do more films and web series. Initially, since I was doing television, a lot of my friends and the producers thought that I wouldn’t have time for films and web series. It’s not like that. I have enough time and I’m open to every medium,” he makes his stand clear.

Runway 34 was shot amid the pandemic and the actor shares being worried while shooting. “And we took a lot of precautions. Amit Ji also had Covid and came back after that and even Rakul Preet [Singh] got infected. Every guy from makeup, to a technician to actors, everybody was properly taken care of, and social distancing was maintained. Everyone was wearing masks and the entire kit and the area was being continuously sanitized,” he shares.