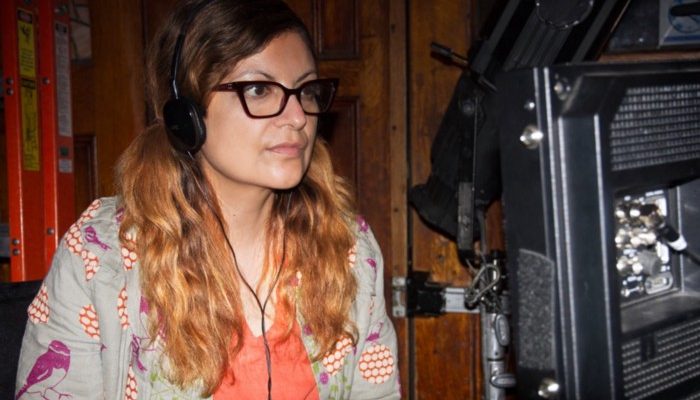 Patricia Chica is a Canadian/Salvadorian talented writer, director, and producer of several films in English, French, and Spanish with a unique voice and qualifies for a subsidy from both countries.

Asha Bajaj, Editorial Director of Canadian-Media catches up with Patricia Chica through an e-mail interview discusses Patricia’s unique vision visible in all her work.

1. You directed your first video at age 16 while still in High School? What motivated you to choose the film line?

I’ve always known that I would work in the entertainment industry, film, and television in particular since I was a kid. When I was in high school, as part of my English class assignment, I decided to do a video instead of a written essay like everyone and this was marked as a skill I would go on to develop further in the future.

2. Can you give a brief description of your work for eight years as a casting director with your company ChicArt Productions, before you were known as a director-producer?

I started my professional career as a casting director at the age of 16 and when I was 18, I founded ChicArt Productions as a small one-person business and within a few years, it was transformed into a sustainable and successful casting agency with an office at Mel’s Studios in Montreal and 6 full-time employees.

During those years, I conducted over 2000 auditions alongside veteran directors and seasoned actors for dozens of projects ranging from feature films, television series, commercials, and music videos, for Canadian, American, and French productions. Those formative years led to the actor’s director and coach that I have become today.

The distinguishing feature of my casting approach, I was told, was giving opportunities to diverse actors: people of color, LGBTQ+, underground-looking people, and newcomers. I was constantly on the lookout for novelty, originality, diversity, and inclusion in an era when those buzz words were not even part of the industry’s consciousness and conversations. Finally at the height of my casting career, following my own heart, I closed the agency to concentrate solely on directing. Although I was broke for 6-months during my transitional period, I never looked back and I absolutely have no regrets.

3. As a 60-time award-winning film and television director, producer, writer, and editor you specialize in world-class productions in the genre of psychological dramas, thrillers, and edgy documentaries. What motivated you to follow this direction?

I’m driven by the power of storytelling and how it can impact audiences worldwide to make society and the world a better place. I’ve decided to become a director at the age of 17, as in my rebellious teenage mind, I wanted to provoke thinking and challenge the status quo.

Today, there are 3 conditions that have to meet to become involved in a project:

1) Will the story impact the world positively?

2) Will I have fun working on the project with the team involved?

3) Will it make me money, make me grow, and/or bring prestige to my slate?

All 3 boxes have to be checked for me to get involved. I don’t make compromises on the quality of the projects I choose to direct or produce.

4. Which were the main characteristic features and techniques you employed to develop stories in the genre of psychological dramas?

I tell my stories from the point of view (POV) of the protagonist, which drew me to the inner journey of the character and ultimately to the psychological drama genre. I developed storytelling techniques that support emotional connection with a unique visual style, characterized by using surreal imagery and meticulous editing cuts to portray the intrapsychic perspective of the protagonist.

In my psychological thriller work, I use twisted and disturbing elements within the edits to shock audiences and make them think differently about certain hard-hitting realities. It’s my way of bringing the darkness to the forefront so the audience can better see the light that lies underneath the surface of the plot. My films have a redeeming aspect so they can bring some sort of healing and enlightenment in the end.

I started my career on French-Canadian television, directing for Canal Vie, Astra Media, the former TQS channel, ARTV, Canal D, Tele-Quebec, and many more, but later transitioned to English television for networks such as National Geographic, MTV, Travel Channel, CBS, and CBC.

With an aim to find an international audience for my personal films, I’ve worked with writers from Los Angeles, and Toronto, and made my short films mostly in English (Day Before Yesterday, Ceramic Tango, Serpent’s Lullaby, A Tricky Treat, and Morning After).

I used the Spanish language when I filmed two episodes of a documentary series called Spice Hunters in Mexico.

My recent English-language feature film Montréal Girls has many scenes in Arabic and French. Even if I don’t speak Arabic, I wanted the Arab characters to express themselves as authentically as possible.

6. You co-founded in 1997 a production company Flirt Films with a vision to produce high-quality films directed by women and visual minorities. Can you elaborate on this?

My intention of co-founding Flirt Films was to trigger opportunities for women and visual minorities (people of color), which were scarce in the late ’90s, and provide them with a space to work on high-quality productions.

Some of my first few projects with Flirt Films were short films directed by women, which was followed by producing and directing a series of short documentaries about the diverse Queer, Nightlife, and Hip Hop scenes in Montreal. The hiring of diversity was also extended to the cast and crew. Always being surrounding myself by multicultural and queer collaborators from different walks of life, sharing different views of the world, I felt could make a team richer at all levels.

7. Are you in any way connected with Toronto International Film Festival (TIFF)? If so in what capacity?

I’m a proud alumna of the TIFF Filmmaker Lab, a professional development program hosted by the Toronto International Film Festival. I was selected in 2018 as one of the 10 rising Canadian directors through this highly curated prestigious talent incubator. Thanks to my participation in the Lab, I was able to make valuable connections and learn from outstanding mentors.

8. You developed a creative approach based on Chi Energy techniques for storytelling and performance while filming ‘Montreal Girls’. Briefly describe this technique with your actors during the physical limitations imposed by the COVID safety rules.

Right at the beginning of the filmmaking process, I embraced Chi Energy, a mindset process based on the combination of these 5 laws: the laws of Nature, Time, Language, Subconscious Mind, and Vibration which implement higher consciousness and awareness. This methodology integrates storytelling with mindful practices such as breathwork, meditation, visualization, body awareness, energy exchange, and self-actualization exercises.

By sharing this simple technique, when combined with a clear positive purpose, with my actors during the compulsory pre-production workshop, allowed them to stay centered and deeply connect to their characters, build strong relationships among themselves by successfully transcending any physical and mental limitations.

For example, I showed them how to use gazing into each other’s eyes and visualization techniques, to name a few.

9. What are your future plans after signing up with MoJo Global Arts?

My managers at Mojo Global Arts (Alex Flores, Doug Warner, and Morris Ruskin) are actively looking out for opportunities for me to direct American episodic television and commercial feature films. They have been facilitating introductions to various production companies and studios in Hollywood. They’ve also guided me through the strategic process of rebranding me and my craft to attract high-profile collaborations in the US and abroad.

10. Give a brief description of ‘Montreal Girls’.

Montréal Girls is a coming-of-age drama that was created with my dear friend and collaborator Kamal John Iskander. It tells the story of Ramy, a Middle-Eastern young man sent by his father to study medicine in Montreal. While exploring the underground life of the sensual French-Canadian city, he meets with two Montreal girls that will challenge his perception and reveal him to his destiny… to become a poet.

The unique particularity about this author-driven personal project is that it’s the first feature film ever made with the Chi Energy method. My intention is to bridge the gap between Chi Energy, Storytelling, and Performance within the filmmaking creative process. 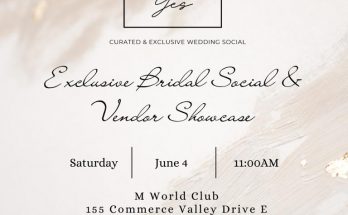