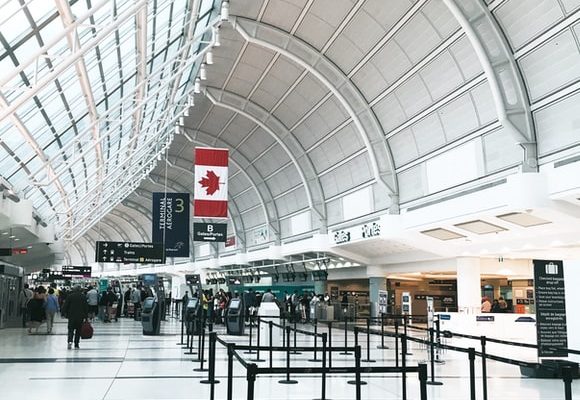 Alternative options would be available for a cheaper rapid antigen test approved by the country the travellers are coming from taken 24 hours before their scheduled flight or arrival at the land border.

Recent data released by the Public health Agency of Canada indicates that the latest wave of COVID-19 driven by the Omicron variant has passed its peak in Canada.

As a result, a series of adjustments to the current border measures representing the beginning of a phased easing of travel restrictions were announced today by the Government of Canada.

Currently, regardless of vaccine status, all travellers must provide proof of a negative molecular test, such as a PCR test, within 72 hours of their scheduled flight or land entry into Canada.

Travellers may still be selected for random testing upon arrival but will no longer have to quarantine while awaiting their test results.

The government is also easing its advisory recommending Canadians avoid non-essential travel due to the rise of the Omicron variant.

Restrictions would also be lifted on unvaccinated children younger than 12 and travelling with vaccinated adults.

Unvaccinated travellers will still be required to be tested on arrival into Canada and must quarantine for 14 days.

Duclos said the announced border measures would be subject to be adjusted based on the national epidemiological situation.

“Today’s announcements are a reflection of the progress we have made against this current Omicron variant. The return to mandatory random testing of all vaccinated travellers will facilitate travel for Canadians all while helping our public health authorities to detect future changes in COVID-19 importation rates and variants of concern. As we have said all along, Canada’s border measures will remain flexible and adaptable, for potential future scenarios,” said Duclos in today’s news release.

The National Airlines Council of Canada, which represents Canada’s largest air carriers, said that while they support the new measures, a “clear roadmap” is still needed.

“The measures we are announcing today are possible in part because Canadians have stepped up, rolled up their sleeves, and gotten vaccinated…We will continue to evaluate our measures and will not hesitate to make necessary adjustments to keep Canadians and our transportation system safe,” said Alghabra in the news release