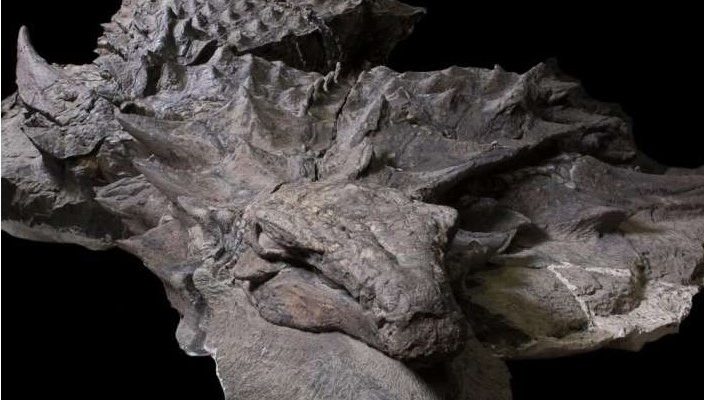 Researchers in Canada have discovered parts of what they believe to be a full “dinosaur mummy” lodged in a hillside, the University of Reading in the United Kingdom announced last week.

The two exposed fossils, a foot and part of a tail clad in fossilized skin, are believed to belong to a juvenile duck-billed Hadrosaur dinosaur that died somewhere between 77 million to 75 million years ago, roughly 10 million years before dinosaurs went extinct, researchers said. Scientists began excavation of the site to remove the entire remains from the hill.

“It’s so well preserved you can see the individual scales, we can see some tendons and it looks like there’s going to be skin over the entire animal,” Brian Pickles, a paleontologist and ecology professor at the University of Reading, told USA TODAY. “Which means, if we’re really lucky, then some of the other internal organs might have preserved as well.”

If the remains are in as good of shape as Pickles hopes, it would be one of the best preserved dinosaur fossils ever discovered and would provide scientists with a clearer picture of what the dinosaur looked like when it roamed the Earth.

In the best case scenario, the creature’s stomach contents might be preserved, allowing scientists to determine the animal’s last meal, Pickles said.

A member of a field team led by Pickles, paleontologist Caleb Brown of Canada’s Royal Tyrrell Museum and scientists the University of New England in Australia first spotted the fossil poking out of a cliffside while on a scouting trip for an international field school last year at the Dinosaur Provincial Park in Alberta, Canada.

“It’s hard to imagine. This animal died 76 million years ago. It’s been perfectly preserved since then and it just happened to be just starting to erode out of this cliff when we were walking by,” Pickles said.

“This animal probably either died and then immediately got covered over by sand and silt in the river,” Pickles said. “Or it was killed because a river bank fell onto it.”

Hadrosaur fossils are common in North America, but finding juveniles is rare.

“Dinosaurs actually grew quite quickly so finding juveniles in the fossil record is important because it can tell us a lot about how their lives progressed,” Pickles said.

Pickles estimates the dinosaur to be about 13 feet long, around the length of a car. Adult Hadrosaurs were about 32 feet long, Pickles said.

It’s too early to identify the exact species. Scientists will need to analyze the skull, Pickles said. Even then, the skull may look different than anything in the record since the animal was still in its developing years.

Other dinosaurs have been found with pieces or extensive amounts of skin intact before. A small Psittacosaurus in Germany was found with much of its skin and tissue, including its cloaca (functionally, an anus) preserved.

And a Borealopelta displayed at the Royal Tyrrell Museum was found with much of its skin intact in Canada a few years ago, the Atlantic reported.

But the dinosaur in Germany was rather small, and the some of the Borealopelta remains were missing. The Hadrosaur being unearthed in Canada may be the largest and most complete.

Pickles said the team expects to have carved out a block containing the skeleton from the hill by the end of next summer.

Then it will be transported to a lab where a team will use finer tools to surface the animal before it’s ultimately displayed at the Royal Tyrrell dinosaur museum. 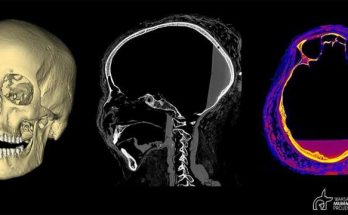 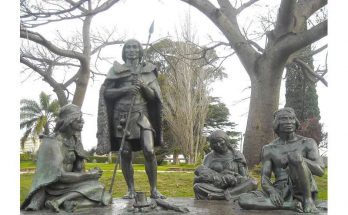