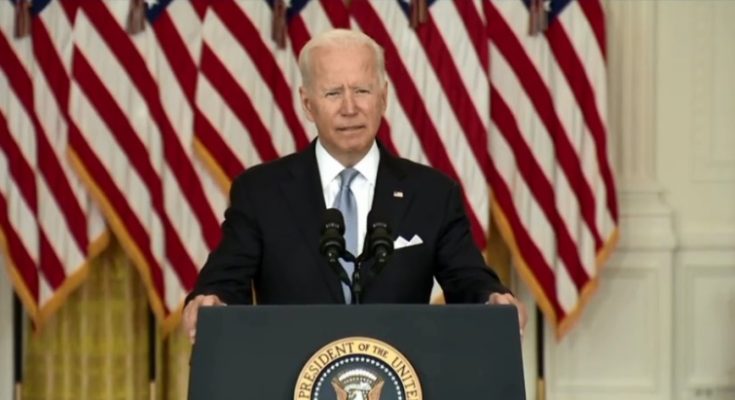 Warsaw/IBNS: As the Russian invasion of Ukraine continues for a month now, United States President Joe Biden has called the Russian leader “a butcher” who “cannot remain in power”, said reports.

US President Joe Biden called the conflict in Ukraine a “strategic failure” for Russia. However, he clarified that ordinary Russians were “not our enemy”.

He made the comments after meeting top Ukrainian ministers for the first time since Russia’s invasion.

Kremlin, however, dismissed the remark by Biden, saying it was up to Russians to choose their own president.

During meeting President Andrzej Duda of Poland ahead of the expanded bilateral meeting, Biden said: “I’m confident that Vladimir Putin was counting on being able to divide NATO, to be able to separate the eastern flank from the West, be able to separate nations based on past histories.”

“But he hasn’t been able to do it.  We’ve all stayed together.  And — and so, I just think it’s so important that we — Poland and the United States — keep in lockstep in how we’re proceeding,” he said.

He also acknowledged that Poland is taking on significant responsibility.

“The fact that you have so many — so many Ukrainians seeking refuge in the — in this country of Poland, we understand that because we have, in our southern border, thousands of people a day — literally, not figuratively — trying to get into the United States. “

“But we believe that we, the United States, should do our part, relative to Ukraine as well, by opening our borders to another hundred thousand people,” he stressed.

The United States is set to allocate an additional $100 million in security aid to Kyiv amid Russia’s ongoing special military operation in Ukraine, US Secretary of State Antony Blinken said.

On Thursday, the White House said that the US would provide more than $1 billion in humanitarian assistance to Kyiv, as well as an additional $320 million to fund democracy and human rights programs in Ukraine and in the neighboring countries.