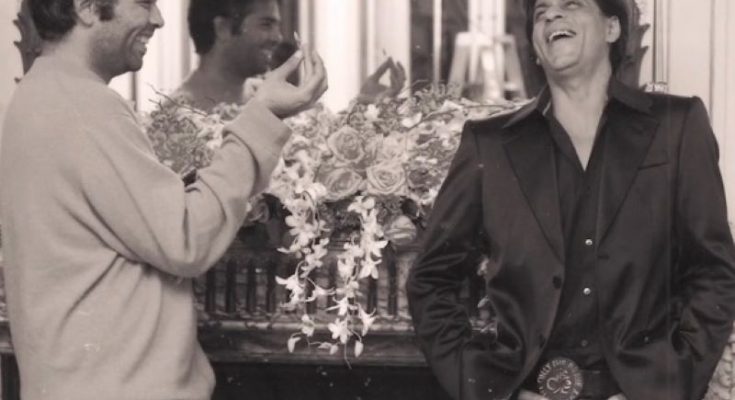 In a long post on Instagram, Karan narrated his first meeting with Shah Rukh on the sets of the Hindi film Karan Arjun in Film City.

Then he narrated how his equation with the actor has evolved over the years and he now calls Shah Rukh his “bhai” or a “brother”.

An excerpt of Karan’s post reads, “The film was KARAN ARJUN… the set was in Film City… my father and I arrived ( me playing the part of a plus size hanger on) for a professional meeting ( the signing on the dotted line for the film DUPLICATE) I had many apprehensions about movie stars … many of them based on fact and some ofcourse Stardust!

“So I wondered about this new breakthrough star who was apparently a lot like his first big hit ( DEEWANA for the uninformed ) … he was in costume and met me father warmly and gave him a massive jhappi!”

He added, “He shook my hand and with his immensely kind eyes asked me many questions about my non existent career and my unproductive life ( at that time ) My answers were as bland as khichdi for an upset stomach but he listened with so much attention that I felt at that time that I had cracked the Da Vinci code…

“That was 29 years ago… Today I call him Bhai and he still listens to me with wrapped attention (even when when I am discussing my trials and tribulations of hosting a talk show ) his kind eyes are even kinder … and he is …PERSONALITY! That word just means SRK!”

On the work front, Shah Rukh took a break from films after his last release Zero had a dull run in the box office in 2018.

The massively popular actor will soon be back in action as he is gearing up for the release of his next project, Pathaan, which is slated for Jan 2023 release, starring alongside Deepika Padukone and John Abraham.

Apart from Pathaan, the actor will feature in Rajkumar Hirani’s Dunki and Atlee’s Jawan. 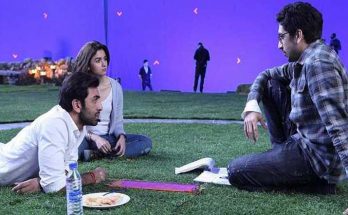 Wanted to be part of something Indians across world could be proud of: Alia Bhatt on Brahmāstra