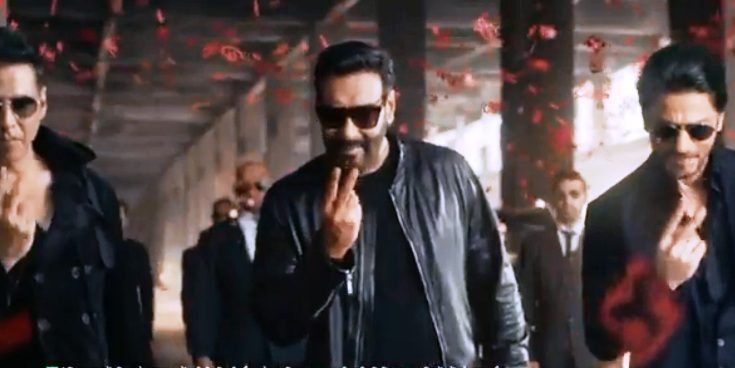 Mumbai/IBNS: Akshay Kumar is the latest star to join the universe of the Vimal Elaichi, a prominent gutka brand that earlier roped in Ajay Devgn and then Shah Rukh Khan, drawing major flak on Twitter.

The ad which originally had Ajay Devgn embrace its tagline “Bolo Zubaan Kesari” saw first SRK and then Akshay Kumar joining the league.

Shot in a foreign location with swanky cars around them in a high-action-packed commercial, the three stars are seen promoting the surrogate advertisement for the gutka brand.

However, it did not go well with Twitteratis, especially with Akshay Kumar joining in, who usually endorses physical fitness through commercials as well as his cinema.

As an example of how the Internet never forgets, an old video of Akshay Kumar speaking about how he would not do a gutka ad has surfaced.

In the clip, Akshay could be seen telling that he would never do such ads even though he has been offered several such commercials.

He emphasised not promoting such products as he believes in the concept of ‘Swasth Bharat’ (healthy India).