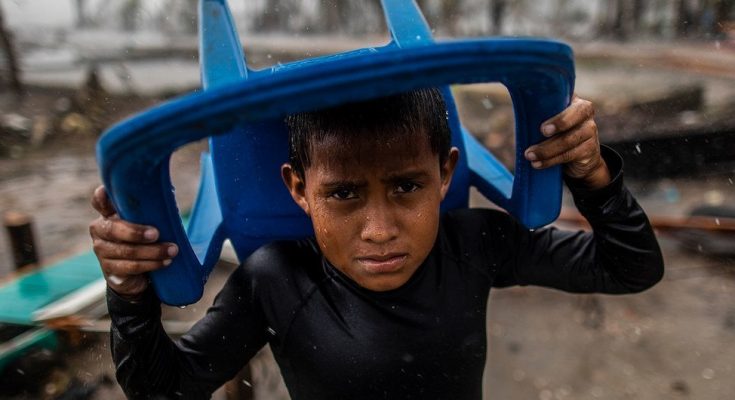 The impacts of climate change are already “very visible” and “happening worldwide”, the head of the UN weather agency told the start of the 55th Session of the UN’s Intergovernmental Panel on Climate Change (IPCC) which convened on Monday.

The meeting opened to approve the report of the second IPCC Working Group focusing on impacts, adaptation, and vulnerability to climate change which will be added to the Sixth Assessment Report later this month.

The report of the first IPCC Working Group, which focussed on the physical science of climate change, influenced the work of the UN Climate Conference in Glasgow, COP26, last year.

World Meteorological Organization (WMO) Secretary-General Petteri Taalas reminded delegates that during COP26, “there was not a single head of State who questioned the scientific facts”, saying the message had got through and “has been heard”.

The WMO chief noted that some areas of the world such as tropical latitudes and developing countries, especially in Africa, Southern Asia, and the Pacific islands, are particularly vulnerable to climate change.

Last year WMO published a report on disaster statistics, which demonstrated that for the past 50 years, 4.5 billion people have experienced a major weather-related disaster over the past 20 years.

And while there has been a drop in casualties thanks to improved early warning services, dramatic increases in economic losses have occurred.

Only a week ago, in Madagascar, deadly Cyclone Batisirai was a Category 4 storm “and had severe impacts on the economy and human well-being”, said Mr. Taalas.

According to earlier thinking, 2°C was an ambitious enough climate change target.

However, the UNFCC’s previous special report revealed that the impact of 1.5°C would be “a game changer”.

“After that, 1.5°C became the desired outcome of climate mitigation work for the coming years”, said the WMO chief.

However, despite that COP26 was the second most successful conference after Paris, he observed that the 1.5°C target is “barely alive”.

“The work needs to continue”, he spelled out.

Later this year, COP27 will take place in Sharm-el-Sheik, Egypt, followed next year by COP28 in the United Arab Emirates.

“We hope to hear more pledges at those conferences. We are working for such a goal. The next COP will have a more Africa flavour. It is the most vulnerable continent”, he said.

Stepping up, stepping in

Explaining that “major gaps” in African countries and Caribbean islands are obstacle for climate adaptation, Mr. Taalas said that WMO is focussing attention on Multi-hazard Early Warning services to forecast the impacts of disasters.

He drew attention to a new financing mechanism to enhance observation systems, a new water and climate coalition that pays attention to water shortages and an enhanced partnership with the UN Disaster Risk Reduction office (UNDRR) to form “a centre of excellence on climate change and disasters”.

Laying out ‘past and future changes’The Executive Director of the UN Environment Programme  (UNEP), Inger Anderson, also cited COP26 in pointing out that “the work of the IPCC underpins climate action”.

She noted that the first Working Group’s report “kept up the pressure on world leaders” and its relevance was clear in many of the delegates’ statements as well as in the final decision taken at Glasgow.

“Now it is the turn of Working Group II to lay out the latest evidence on how past and future changes to Earth’s climate system impact life on our planet”, Ms. Anderson said.

“This report on impacts, adaptation and vulnerability will integrate more strongly across the natural, social and economic sciences…highlight[ing] the role of social justice and indigenous knowledge”, she added.

Chairing the meeting, Hoesung Lee informed the participants that this was the final phase of a “strict and meticulous review process” of the report.

Over the next two weeks, Governments and scientists collectively will deliver a “sound, tested and robust summary…critically important for policymakers around the world,” he said.

“I have no doubt that we will see constructive and collaborative work in the next two weeks as we work across all time zones to deliver this report.”.